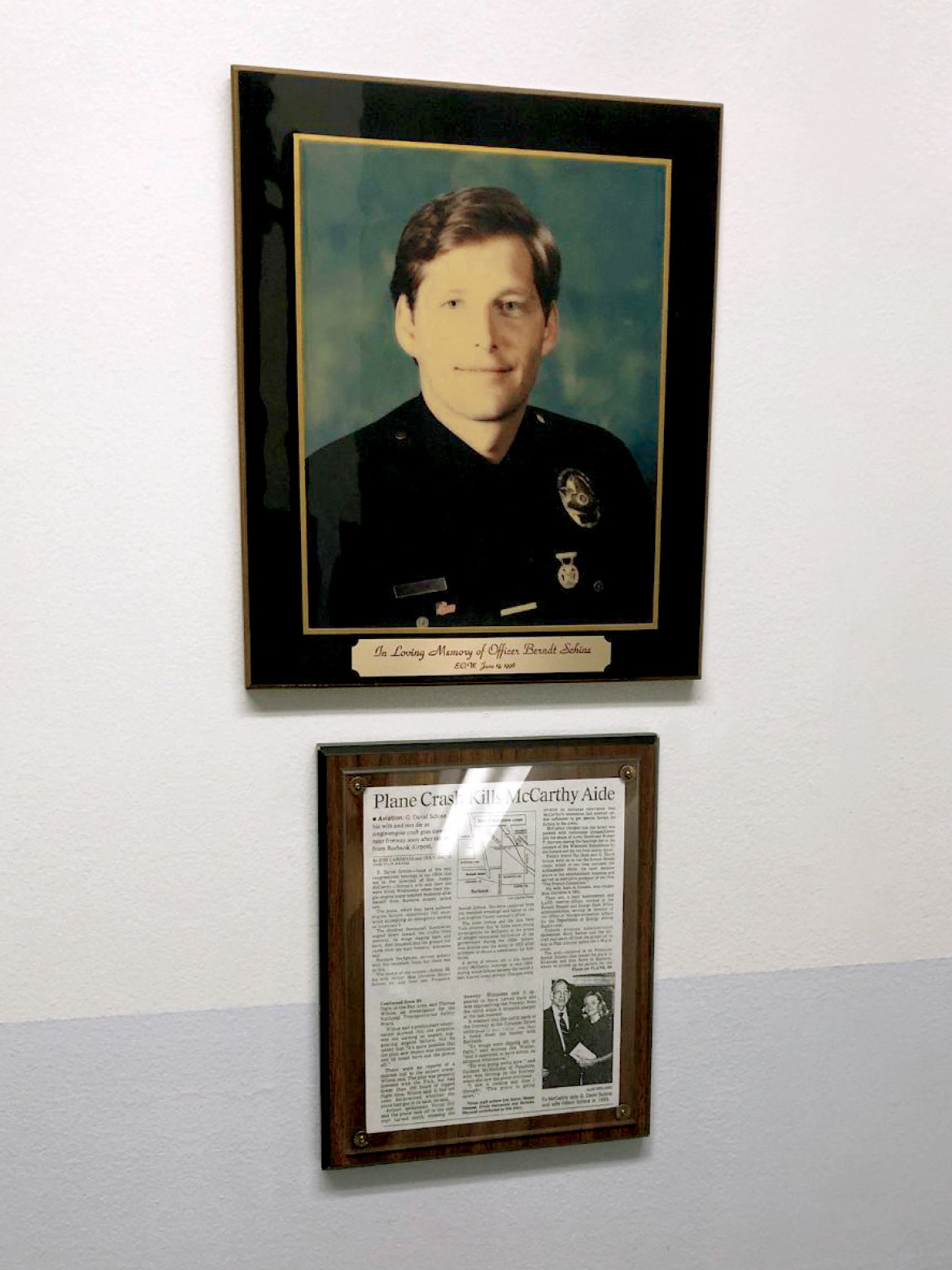 Hollywood Area Reserve Coordinator and Police Officer III Jonathan Johnson has been documenting the history of the HWD reserves. He created the “Wall o’ Reserves.” He also added a plaque under the portrait of Reserve Officer Berndt Schine, which hangs on the station’s stairway wall. The plaque is of a news story about the small plane crash that killed Schine and his parents in 1996. The portrait was originally hung by Officer Peter Repovich, who was the reserve coordinator when Schine died.

Officer Johnson had seen an article in the Winter 2019 issue of The Rotator about Officer Schine. He wrote to the HWD reserves: “I’ve been at Hollywood Division for seven years and I’ve walked by this photo in the stairs a couple thousand times. I’ve always wondered who this officer was and what happened to him. I’ve asked all the old-timers I could think of and no one seemed to know the story or who he was.” Thanks to Officer Johnson, now they know.