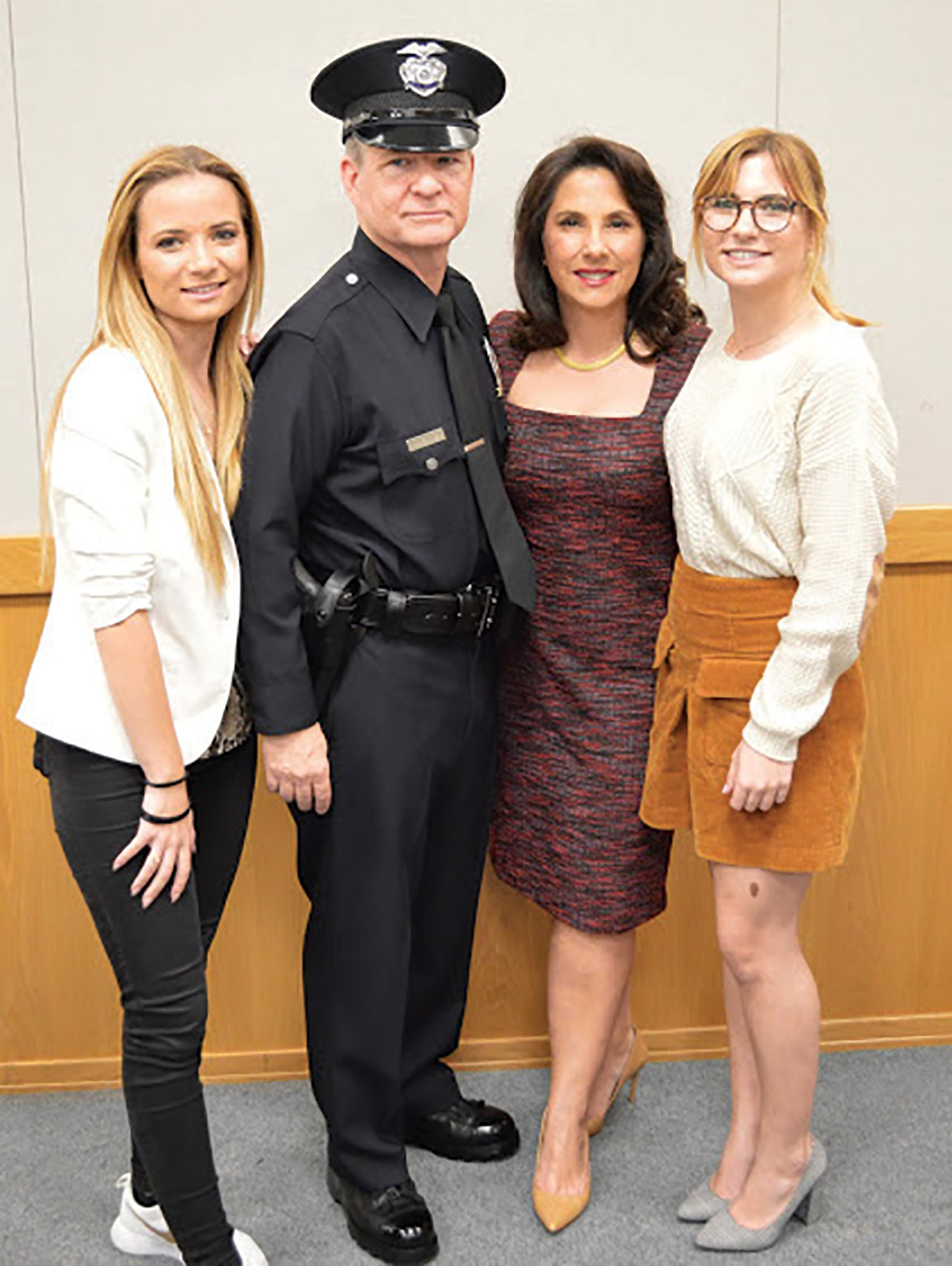 It was 28 years ago that I was engaged to be married to the love of my life. The year was 1992. Young and not very worldly, I really did not understand what it was that my handsome, gentlemanly, kind of silly, intelligent and very kind fiancé did as a “reserve police officer.” And I surely in my young life had never been exposed to any sort of civil disobedience.

That was before April 29, 1992. On that day, I had been on an appointment and, upon returning to the office, was told by the security guard that everyone was sent home due to a bomb threat. Having had some extra time, I wanted to do some work on the house that I would be moving into in less than 45 days. The answering machine was blinking, and there was a message from Bill saying, “Don’t worry, I’m at the station, putting bad guys in jail.” Then the phone rang, and my father told me not to come home to Placentia and to stay at the house. He then asked if I had a gun (not a strange question, as he taught his daughters how to shoot). At that moment, I finally turned on the TV and saw the property destruction, the looting and the violence. It seemed as though I was watching something from another country, and not actions that were so close to me in Mid-Wilshire. It occurred to me that I should check on Bill’s mom since she was alone and lived only a few blocks away. Kathy was fine; she was always pragmatic and certainly did not display any worry. She had the news on. It seemed prudent that I should let her know her son was putting people in jail and not among the unruly mob. Kathy turned to me, pointing at the TV, and said, “No, he is not. There he is, right there.” It was not hard to miss his long last name on the back of a riot helmet. There he was, right on the front line, facing off with the unruly mob. However, Kathy was not too concerned, so I also tried not to be, but I think I was a little numb from the shock of it.

Bill came home the next morning with what appeared to be the medical symbol for “female” (a circle with a cross centrally below it) drawn on his arm. While he was headed to the shower to get ready for his job at the bank, I asked, “Wait, don’t you need to tell me what’s going on, and, by the way, why are your arms all marked up?” In the ensuing days, I would learn a lot about what a reserve police officer in Los Angeles was and what life in a large urban city can be like. What I thought was the symbol for “female” was the symbol for the blood type, O-positive (a circle with an addition sign).

In the aftermath of the ’92 riots, Kathy wanted to look at the resulting damage to our community. The three of us loaded into the car and took a drive. That is when it became real, and the reality of how dangerous it had actually been set in. Now, I had a choice. I knew that by loving Bill, I was going to become a police officer’s wife. Was that something I was prepared to do? It had to be. I had to just love him and embrace all that was to come with this new life. Love is stronger than fear. In those early years, I used to lie awake in fear of my husband being hurt. As I gained more police officer-wife experience (and maybe a little more faith), those fears got easier to manage.

Who could have known that Bill’s passion would become mine too? Working with the Los Angeles Police Reserve Foundation has allowed me to work closely with the Corps. It has led to firsthand knowledge of the training officers receive and a greater understanding of blue camaraderie. And I learned not to be afraid when Bill is on a shift. I trust in his training, I trust in his partner and I trust in him.

That was until May 30, 2020. Bill had taken a break from the Reserve Corps for many years. He wanted to go back, and instead of just doing a reintegration course, he chose to go through the entire Academy again. Bill felt too much had changed since he had last been out protecting and serving, so he wanted to have the latest training. On May 30, his Level I Academy class was in session, which meant he had to wake up at 4 a.m. to be on time for class. Assistant Chief Robert Arcos had not given the order to call up the Reserve Corps. Instead, he gave the Corps the option of volunteering for duty. Straight from class, Bill reported to Olympic Station. The destruction at the Farmers Market and the burning of police cars was just over a mile from our home, and the mob of protesters were heading north and east (towards us). The memories of 1992 came flooding back, and so did the old fear. But I had long ago learned to be Bill’s biggest advocate and supporter. Bill worked a variety of assignments that night and through the early morning hours, finally coming home some 28 hours later.

I am married to a man who runs towards danger, someone who is committed to protecting his community and who puts others’ lives before his own. He is someone with integrity, respect and courage. During those 28 hours last May, I learned that it is even more important that I be his support. An officer’s spouse must give reassurance, have their back and be their strength. By encouraging and supporting Bill, it was as if I had also joined the Corps. That I, too, also wear his badge with honor.

I had learned what it’s like to be the wife of a police officer. It is a responsibility, a burden, an honor and a blessing.