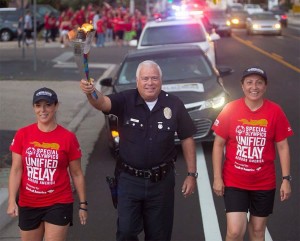 Reserve Officer Roger M. Sands carrying the torch during the Special Olympics Relay Across America, on the way to Los Angeles for the 2015 Special Olympics World Summer Games held July 25 through August 2. Welcoming 7,000 athletes and 3,000 coaches representing 177 countries, this was the largest event hosted by the city since the 1984 Olympic Games.

When I first read the article about needing reserves for the Unified Relay Across America, I thought that it might be interesting to find out more about it. I learned that it was actually three relays across America, with northern, central and southern routes.

I contacted another reserve officer, Bob Aguirre, whom I have known for many years. I knew that he, like me, had the time to take part in this adventure. We both went to the orientation but were a little apprehensive, as there were still many unanswered questions.

In any event, after much speculation, Bob and I took on the challenge to see what it was all about. I have to be honest: I started out wanting to do this for selfish reasons — that I would get a free trip across the country, seeing cities I have never seen before. Our southern route was from Austin, Texas, through many towns, ending after three weeks in downtown Los Angeles. Little did I know that it would positively change my life forever!

It was a hardship being away from home, family and friends for so long — 18 cities and 15 hotels in 18 days. We visited Austin, Waco, Dallas, Fort Worth, Abilene, Lubbock, Amarillo, Santa Fe, Albuquerque, Gallup, Glendale (Arizona), Phoenix and Riverside, as well as many very small towns in between. Along the way I met wonderful people: law enforcement personnel, volunteers, supporters and many forever acquaintances. At the end of the day, I have to tell you that this was one of the best experiences I’ve ever had! 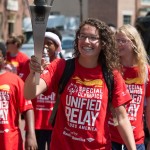 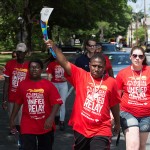 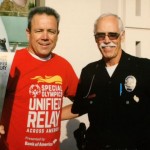 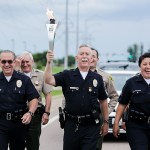 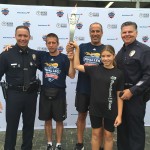 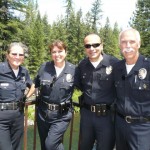 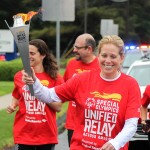 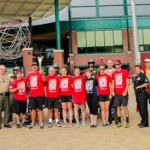 The most rewarding and satisfying experience was getting to know the Special Olympics participants and their families — families of all sizes, shapes, creeds and colors running along many miles from city to city and celebrating for the cause, the 2015 Special Olympics. Each family had a different, very poignant story to tell about why they were involved and how important this cause was to them.

I remember going through small towns before hitting the big cities, where families came out to thank us for coming to their little town and making the Special Olympics very special for the kids. In Happy, Texas, the entire town came out to show hospitality and support for the Special Olympics and us. In reality, we were showing our support for them.

Some of our days were very long! Sometimes we had 14- and 15-hour days; at times we were up before the sun came up and finished after the sun had gone down. However, as we reached our destinations, just to see the smiles on the participants’ faces, and how proud they were that they had made it to the next post, was very rewarding and felt very worthwhile!

We were donating our time while representing the Los Angeles Police Department and the Reserve Corps, with brand-new LAPD SUVs with flashing lights and sirens, driving alongside and supporting these wonderful people and taking an active part in this wonderful event. Personally, it has forever changed and humbled me in a way I didn’t know was possible. I was honored to have been selected to be a part of this event; it was one of the most rewarding experiences I have ever had in my 25 years as a Los Angeles reserve police officer. 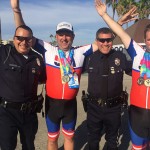 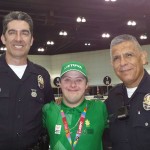 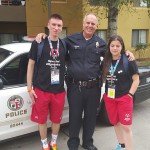 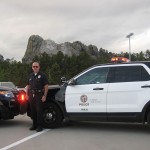 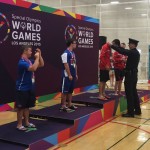