On April 17, LAPRF Director and Los Angeles Police Museum Board Member Ryan Cassidy shared a Facebook post detailing his day with actor Kent McCord, star of the popular 1970s police drama Adam-12. Cassidy interviewed McCord for the upcoming Adam-12 exhibition at the LAPD Museum. The interview will be incorporated into an exhibit that will feature personal items from the show, such as uniforms, gun belts, awards and scripts. Reflecting on the impact of the show, Cassidy said: “I grew up with Kent and have always admired him. He has been a great spokesperson for the Department. He paved the road for many officers to join the Department and make careers for themselves — all from the power of television and Jack Webb in the driver’s seat. Such great history and so valuable to a generation that is primarily retiring now. Thank God for reruns.” 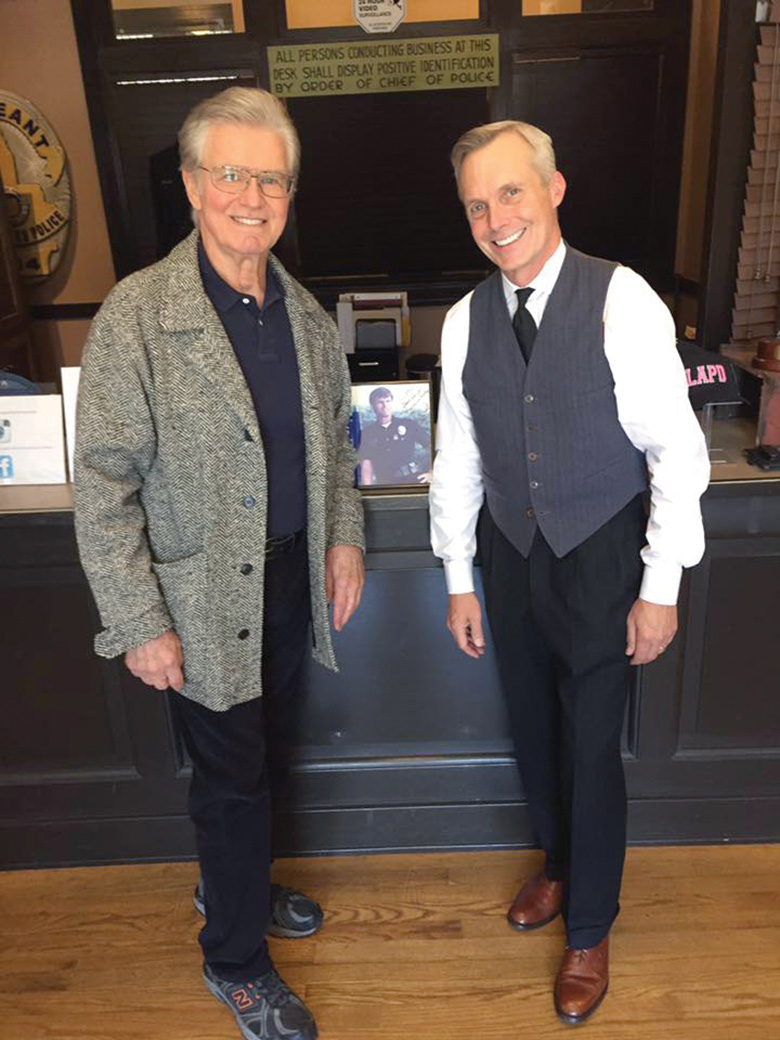