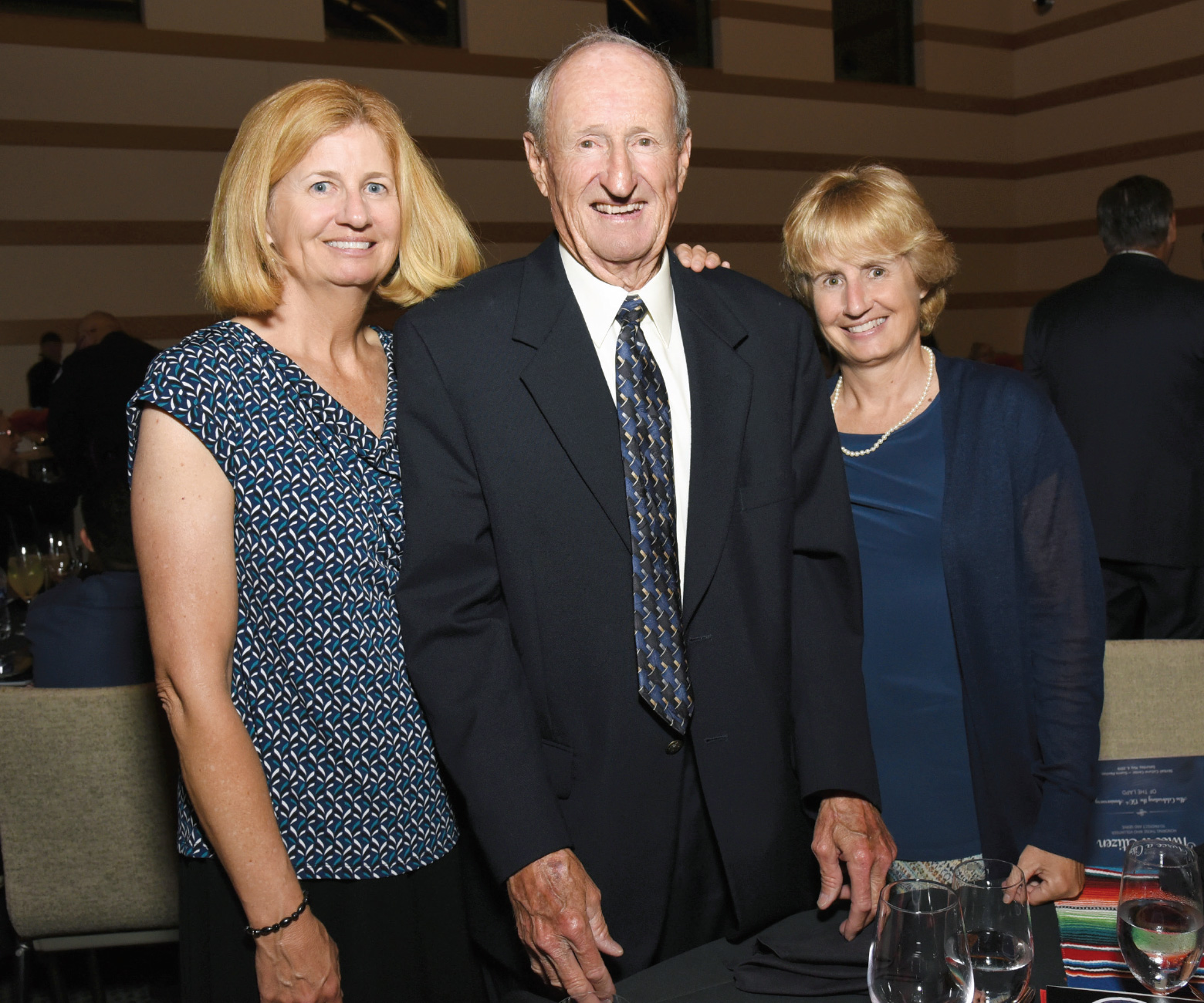 Jim Lombardi with his daughters, Bridget and Lisa 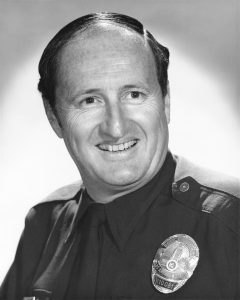 Reserve Police Officer James Carl Lombardi, Central Division, is the recipient of the 2019 Andrea Friedman Award. He was recognized at the Twice a Citizen gala for his above-and-beyond service to the Reserve Corps.

Officer Lombardi began a 50-year career of dedicated service with the LAPD when he graduated from the Academy in December 1969. When he entered the Academy, Jim was the owner of Lombardi’s Restaurant at 7th and Flower streets, then the hottest ticket in town. Among the restaurant regulars were some of LAPD’s finest, who told him how the Reserve Police Officer Program had been newly overhauled with an emphasis on patrol and field enforcement and persuaded him to become a reserve policeman.

His entrance into law enforcement progressed into a lifetime of accomplishments that continue to this day — from patrolling the streets to becoming a longtime leader in the LAPD and to helping make the Department’s Reserve Corps the gold standard of reserve law enforcement that it’s known for today. Officer Lombardi became president of the California Reserve Peace Officers Association (CRPOA), representing reserves statewide on countless legislative issues, from firearms to workers’ compensation. His fingerprints are indelibly marked on codes and laws that we now take for granted in California and throughout the country.

The Rotator newsletter for LAPD reserve officers, in its winter 2012 interview of Jim, wrote: “If you are an LAPD reserve police officer, you should know of Jim Lombardi — unless you’ve lived under a rock. Reserve Officer Lombardi has lived and breathed the LAPD Reserve Corps, and California reserve law enforcement, for a very long time.”

Jim has spent his entire LAPD career in Central Division and has received the Reserve Officer of the Year Award, at the division and at the bureau, for the Department numerous times. He continues to serve in the Department, in CRPOA and on the board of directors of the Los Angeles Police Reserve Foundation.

Always ready to explore new pursuits, he recently embarked on a project with his daughter to record the stories of his life, resulting in the newly released book A Sense of Humor. Along with details of events such as his childhood in North Hollywood and those years at Lombardi’s Restaurant “with colorful characters, famed musicians and notorious gangsters” are several chapters devoted to when he began wearing the most famous badge in the world. These are pages of interest and significance to those of us in law enforcement, because they shed an informative and often entertaining light on how the job was done “in the old days” as well as allowing a glimpse into what it takes to legislate a bill in Sacramento.

Officer Lombardi has seen a lot of changes in law enforcement during his career, and perhaps his most meaningful advice to young officers is to “maintain a sense of humor … smile and laugh off a lot … you can get so much done and feel so much better about it with a sense of humor.”