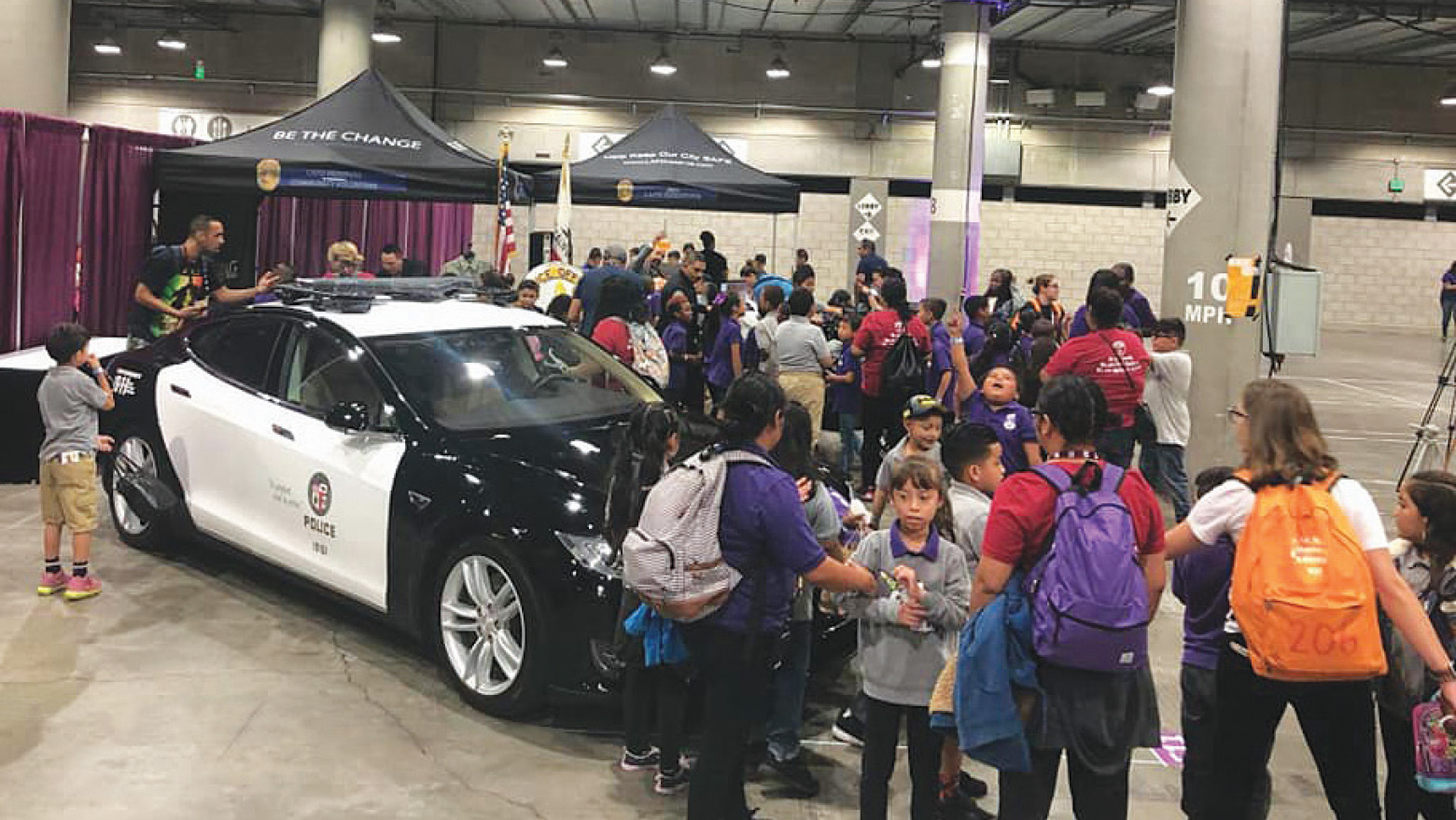 As we close out 2019, we have had quite a year, with the increased focus on not only engaging our current reserve officers, but also enhancing communication while continuing our recruiting efforts to grow the Reserve Corps. In January, we graduated new reserve police officers and then went to work designing a plan to promote efficiency in our hiring program. We worked with our partners from the City and from within the Department to develop a plan for recruiting, hiring, training and placement. We are also embarking on two other initiatives: retaining retiring officers and recruiting officers from other agencies that do not have reserve programs.

We worked diligently to organize our efforts into a cohesive group of officers headed by Lieutenant Curtis McIntyre to structure our work with renewed efforts in engaging the Reserve Corps. One of the achievements and commitments from the Chief of Police was the inspection that was held in April. By all accounts, this was an outstanding event, which included over 160 reserve officers in addition to the Department Chaplain Corps. There was a lunch following the inspection, and then the afternoon was spent in various training blocks. Not only was this a great team-building event, but it was also assurance that the Reserve Corps is a valued part of our Department.

In June, we were able to hold an additional Level III Reserve Academy, which immediately transitioned to a Level II Academy. Internally, we worked to set a plan in motion to formalize when the reserve academies are held. Due to the complexities of hiring and the professional nature of those who are interested in the Reserve Corps, we thought it was necessary to create a set time each year that an Academy would begin. From that standpoint, we can recruit more heavily during certain parts of the year, and subsequently, the candidates interested in our program can plan for the Academy accordingly. In addition, we can focus our efforts in phases: recruitment, hiring and training. We are also able to work with the candidates and City Personnel to ensure portions of testing do not expire. We recognized that this was a frustration within the hiring process.

In the area of innovation, in partnership with the graphics unit from City Personnel, we created a QR code for reserve recruitment. We launched the use of this code during Fleet Week. Out of the 95 individuals who signed an interest list, 75 used the QR code. Once the code is scanned and the form is filled out by the interested party, the Reserve Unit is emailed and the information is populated into a spreadsheet. We also created a QR code for our attendees at the orientations. City Personnel also created a social media campaign targeting working professionals, which prompts people to sign up for orientations, then links the user directly to the Reserve Foundation’s website (laprf.org). This allows the individual to glean more information if needed.

We are looking for ways to further our interaction and connectivity. We would like to find a vendor to develop an application for the sole use of the Reserve Corps. This would assist with better and real-time communication, as well as post work and deployment opportunities throughout the city.

Looking toward the future, we are going to be working with California POST on ways of updating the reserve modular Academy curriculum. We would like to explore the possibility of integrating online learning domains into the Academy within courses such as Academics, Human Relations and Law. The flexibility in the schedule would provide greater opportunities for reserve recruits. The online learning would provide us the ability to develop a platform to identify specific tactical hands-on days that would be mandatory, with the online learning to accompany the modules. This design would add significant flexibility to those interested in the reserve program.

Lastly, there is a Level I modular Academy tentatively scheduled for January 2020, so all Level IIs interested in that or the above project, please contact the office.

We would like to thank all reserves for their continued efforts, dedication and commitment to serving in the Corps. Have a happy and safe holiday season.