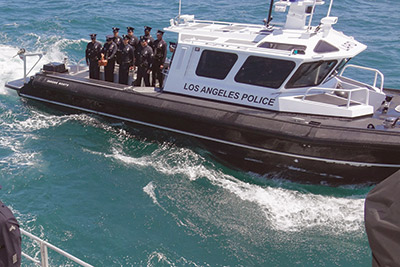 Reserve Corps Specialist Dr. Ben Novak passed away on June 26, 2014. His friend Sergeant Jorge Gonzalez spoke with The Rotator about “the Doc.”

Dr. Novak served as the flight surgeon for pilot and tactical officer physicals at Air Support Division. He was also a line reserve with the Orange County Sheriff’s Department, and for a while worked with the aviation units of both the Anaheim Police Department and the Los Angeles County Sheriff’s Department. He had grown up in a law enforcement family in Pittsburgh, Pennsylvania; his father was a career police officer. 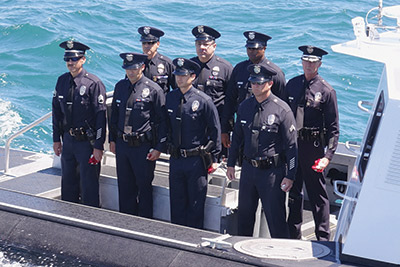 Sergeant Gonzalez said that Dr. Novak came to LAPD Air Support through a referral by now-retired Commander Keith Bushey. Previously, the annual physicals were contracted out to other facilities. Dr. Novak came along, saw the need, put himself through the FAA certification program on his own dime, and from then on did the physicals for Air Support — never charging a penny. He provided the same services to the other agencies as well. The Doc had a successful hernia practice, with several locations. He would work on Thursday and spent much of the rest of his time volunteering his services to law enforcement.

But there is more to his story: The Doc had served in the United States Navy and was the trauma surgeon for President Gerald Ford. Dr. Novak traveled with the president on Air Force One and rode in the presidential motorcades. 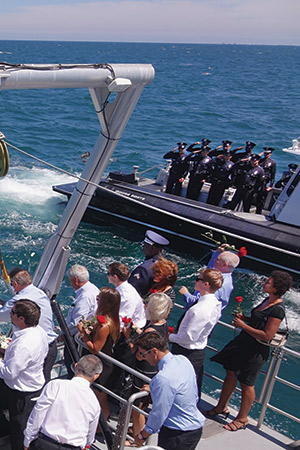 The obituary at www.legacy.com stated: “Ben was a larger-than-life personality, steadfast partner, compassionate surgeon with an outrageous sense of humor and a wonderful mentor to young people.”

Sergeant Gonzalez summed it up by saying the Doc was a very nice guy. He was never married and did not have children, but he had a large law enforcement family of officers and their families who, throughout the years, had been helped by him. He was always there for them, giving advice and doing whatever he could.

This family was there for him to the end, showing up in force at the funeral and the service, where Dr. Novak’s ashes were buried in the sea.

Editor’s note: Thanks to Reserve Officer Bernard Khalili for his help in putting together this article.