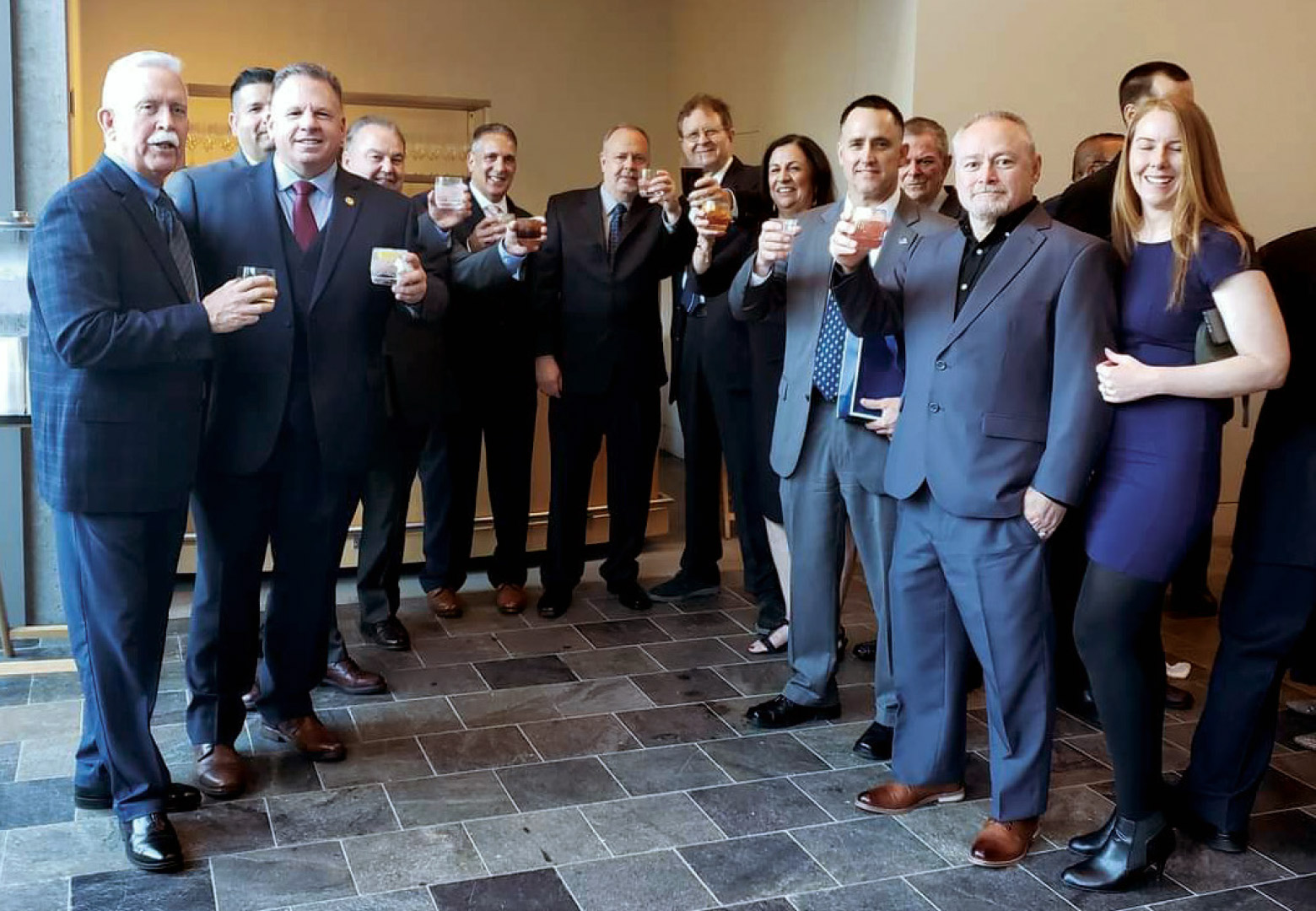 Recently retired Healdsburg, California, Chief of Police Kevin Burke, who served as an LAPD reserve officer for over 10 years, passed away on April 5. He was 55 years old.

Chief Burke was featured in the cover story of the fall 2009 edition of The Rotator, titled “The Strength and Professionalism of the LAPD Reserve Corps.” Here is an excerpt of the article.

“If you watch late-night cable, you might catch an old episode of the Cops television series with a segment from Los Angeles filmed in 1994 that went like this:

“Reserve Officers Kevin Burke and Randy Mehringer are working patrol in Rampart Division on Friday, June 17 (the same day, coincidentally, that O.J. Simpson was evading police in a Ford Bronco). Officers Burke and Mehringer observe a suspicious vehicle driving erratically near MacArthur Park. They conduct a traffic stop that escalates into an investigative stop, resulting in a successful unreported-stolen-vehicle arrest.

“Kevin Burke is now the chief of police for the city of Lakeport, California. He worked as an LAPD reserve officer for 11 years while he was a deputy prosecuting attorney in Orange County. In 1996, he went full time with LAPD and made sergeant three-and-a-half years later. He grew up in Lakeport, a small wine country town of 5,500 located on the west shore of Clear Lake. When the position of chief of police became available, he applied and was appointed.”

The article was about how “the LAPD Reserve Corps can be a launch pad for many seeking lifetime careers in law enforcement.”

After serving the city of Lakeport, he went to serve as the chief of police for Healdsburg from 2010 to 2021 before retiring. The then-retired chief had announced his candidacy for sheriff of Sonoma County before withdrawing from the race, reportedly over health concerns.

The sudden news of Chief Burke’s death at 55 years of age devastated the communities where he had been a well-respected leader for so long. The Lake County News reported the following on April 7:

Healdsburg Mayor Ozzy Jimenez stated: “The loss of Kevin Burke, our former police chief, will be felt by countless members of our community. His light and kind heart will be missed by so many. Our Healdsburg Police Department has lost a great leader and friend.”

Healdsburg’s current chief of police, Matt Jenkins, said: “We are heartbroken and saddened over Kevin’s passing. As his Healdsburg Police Department family mourns the loss, we remember him for everything he did for the department and the community. He was a mentor and a friend, and he led us through many difficult times with courage and dignity.”1

Retired Reserve Officer Fred Roa posted a news story on the LAPD Reserve Police Officers Facebook page: “Just found out Kevin Burke, a reserve who many of us worked with in the 80s and early 90s, has passed away. God bless you, Burke. KMA 367.”

Some of the following are comments officers made on the post that day.

Ronnie Hadar: “So sad to hear the news about the passing of my friend, colleague and mentor, Kevin Burke. Kevin was my law instructor at the LAPD Police Academy almost 30 years ago. We worked many assignments together over the years, and I enjoyed the time we spent together in Northern California at his last job as the chief of police in Healdsburg, CA. RIP, my friend.”

Joe Fazekas: “This is crushing news. Such a good, good man. So generous with his time and talent to so many fellow reserves over the years. He’s in policeman’s heaven for sure! God bless him.”

Joseph Morris: “So sad to hear that Kevin has left us. Still in shock. I pray that the Lord provides comfort and healing to his family.”

Dennis Wong: “A sad day for anyone who knew him. He left a lasting impression, even 27 years later.”

Kevin Pilsipher: “His teaching of law will never be forgotten! RIP, my friend.”

Roger Andrews: “RIP, brother, thank you for your wisdom and educating us when we all started our journey in law enforcement. You will be truly missed. 2-95 R will forever be in your debt.”

Wade Danielson: “I was fortunate to have had Kevin as an instructor in the academy and then again working an A-car with him one day at HWD. He brought joy to the job that day. He made each contact feel important, solved problems and handled business. A truly impressive human being and cop. I’m stunned by his death and sad that I never made it up to Healdsburg during his tenure. Don’t put things off.”

From the 2009 Rotator article quoted above: “Chief Burke says his heart will always be with the LAPD Reserve Corps. Those were the most productive, most educational —busiest, wildest — years of my law enforcement career. The Reserve Corps is a big family.”

Retired Reserve Officer David Vasquez (HWD/CENT), who now lives in Texas, reached out to this author and said he wanted to buy a toast at the gala in memory of Kevin Burke, with those who knew Kevin. Reserve Officer Ronnie Hadar took on the mission of arranging the toast, pictured above.