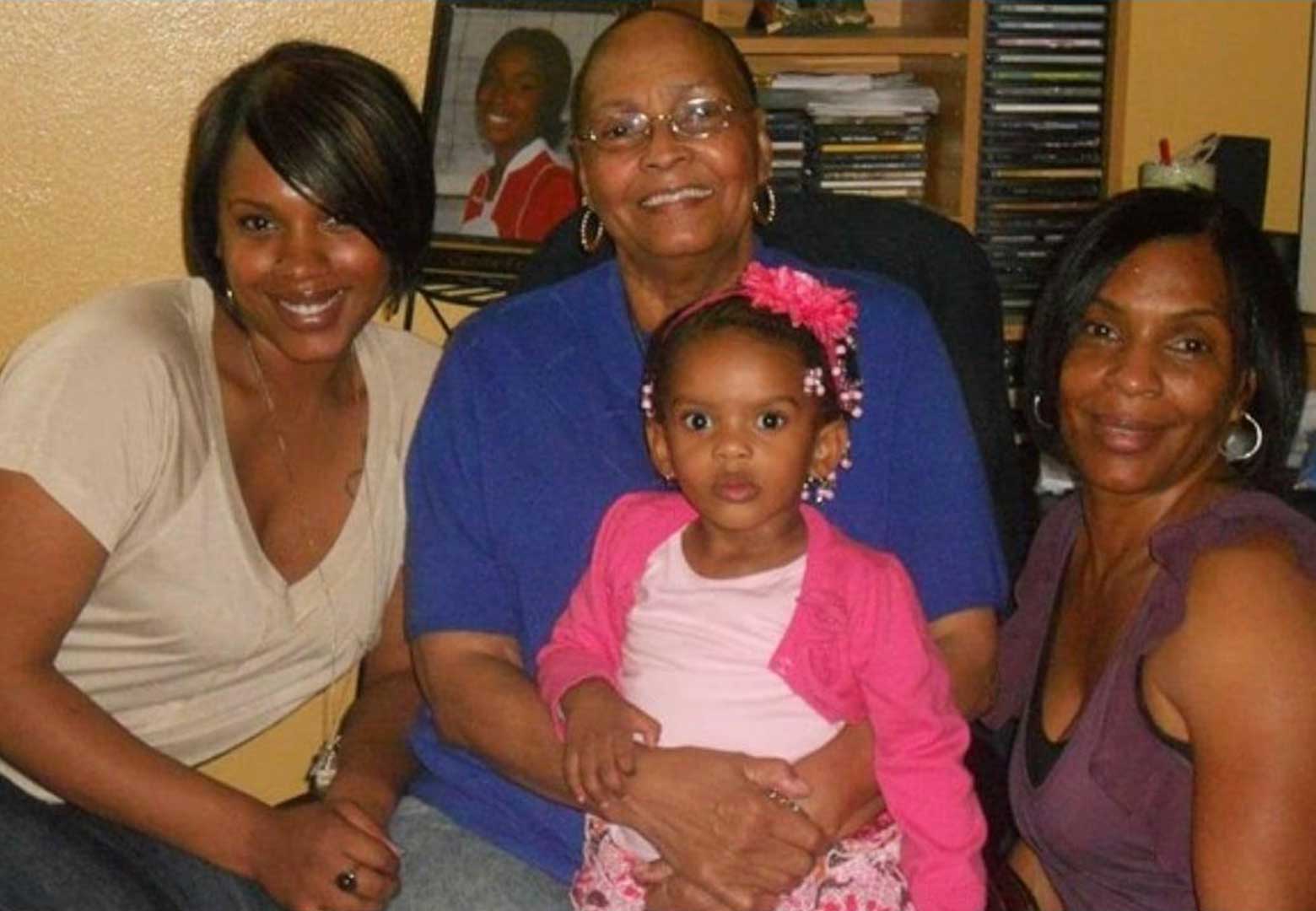 “Georgia found that perfect balance between part teacher and part station mother to generations of new officers who came through Hollywood Division and were taken under her wing… For her performance and dedication, it is Hollywood Area’s honor and privilege to nominate Reserve Officer Georgia Jones for this prestigious award.”
—Excerpt from 2020 Twice a Citizen biography

Officer Georgia Jones (R0428) — a fixture at Hollywood for 45 years — passed away on May 14. “Nobody can remember HWD without Georgia. It won’t be the same now,” an officer said.

As per the memorial services program, Georgia was born in Memphis, Tennessee, and came to Southern California to become a movie star. The man she married — her “Sweet Man,” Mozell Jones Sr. — wasn’t keen on that idea, so she obtained a bachelor’s degree in sociology. She “found her way back to Hollywood” at HWD Station, as a property clerk and then a reserve officer. “Georgia had a sense of loyalty that was unmatched. Her word was her bond… Georgia was firm and tough with a heart of gold.”

Her Twice a Citizen biography had begun with: “Georgia’s impressive and unwavering service to the City of Los Angeles dates back to 1975. Georgia began as a civilian property clerk here in Hollywood and later became Twice a Citizen as a reserve officer. Georgia continued her unrivaled service in Hollywood Area that same year, quickly building a reputation as a hardworking and highly effective desk officer. Georgia has served Hollywood so long, one of her earliest employee ratings was authored by a sergeant who just a few years before had investigated the Manson Family homicides.

“In the 1980s, Georgia began serving in Hollywood Detectives alongside seasoned investigators whose respect she quickly earned. Over the years, Georgia received many commendations for her faithful and unbelievably consistent service to Hollywood Detectives. Very few officers from that era are still on the job today…”

“You got to know when to hold them, and when to fold them … you know what I mean?” These were Ms. Georgia’s sayings, peppered into her advice and opinions, which were heartfelt and blunt, often humorous. Officer Pamela Anthony met Georgia after getting some property “kicked back.” “I was new in HWD and had no idea who she was! She gave me a tongue-lashing and sent me on my way with my tail between my legs!” It was the beginning of a long and enduring friendship.

Sergeant Dave Tyson remembers meeting her for the first time while working the desk. Georgia came out of the property room toward the watch commander’s office. “Buzz four, please!” she would declare, for the desk officer to buzz her in. “After a few days of this, I had to ask her, ‘Don’t you have a key?’ Without missing a beat, she immediately replied, ‘I don’t need a key. You’re my key. Now buzz four!’”

Eddie Kafafian, who served at HWD as a reserve officer before passing away in 2017, called her “My Georgia Peach.” “There were two classics at Hollywood — Georgia Jones and Eddie Kafafian. So proud I can call them both my friends,” retired Reserve Officer Jackie Ellis said. She fondly remembers a trip to Vegas, with Eddie dressed up as Elvis and Georgia as mother of the bride in her mock wedding with husband Steve. “She knows how we loved her.”

Retired Reserve Officer and LAPRF Co-President Michael Sellars called Officer Jones to congratulate her on receiving the HWD Reserve Officer of the Year. “She was grateful but didn’t want to make a ‘fuss’ about it,” he remembers. She declined to have her picture taken because of COVID, and the online Zoom ceremony just seemed like too much trouble. HWD Reserve Coordinator Officer Jonathan Johnson saved the video of Georgia’s award, and she was able to watch it in his office.

Assistant Chief Beatrice Girmala tweeted: “Ms. Georgia, I will miss your friendship, love, and support. [You] were the first person to welcome this new P3 to HWD in 1988, and I will never forget [you]. Please don’t tell God all those stories you promised to keep safe. Love, B.”

Officer Jones is survived by her daughter, Shelia; six grandchildren; 12 great-grandchildren; one sister; two brothers; and many other loving family members and friends.