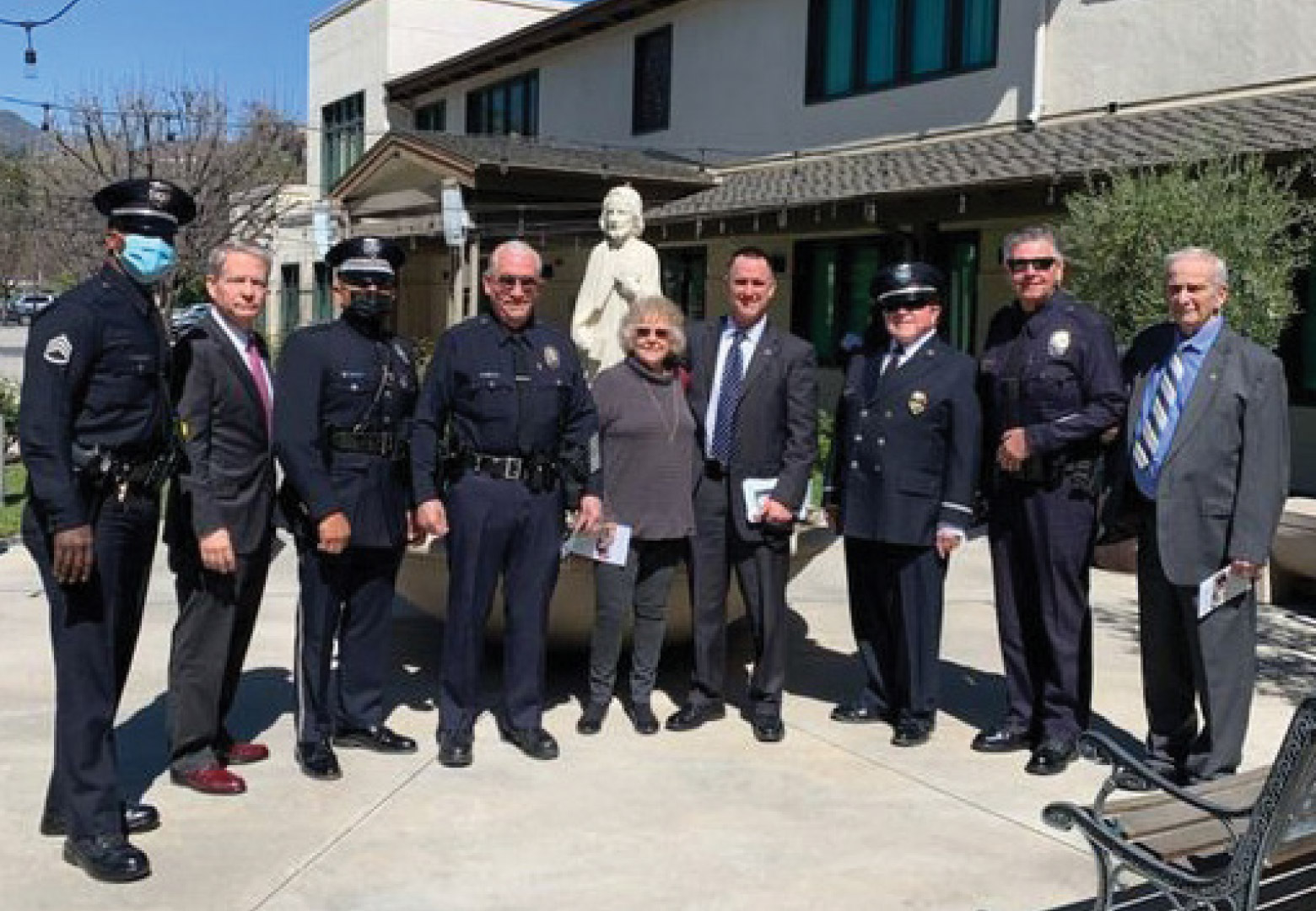 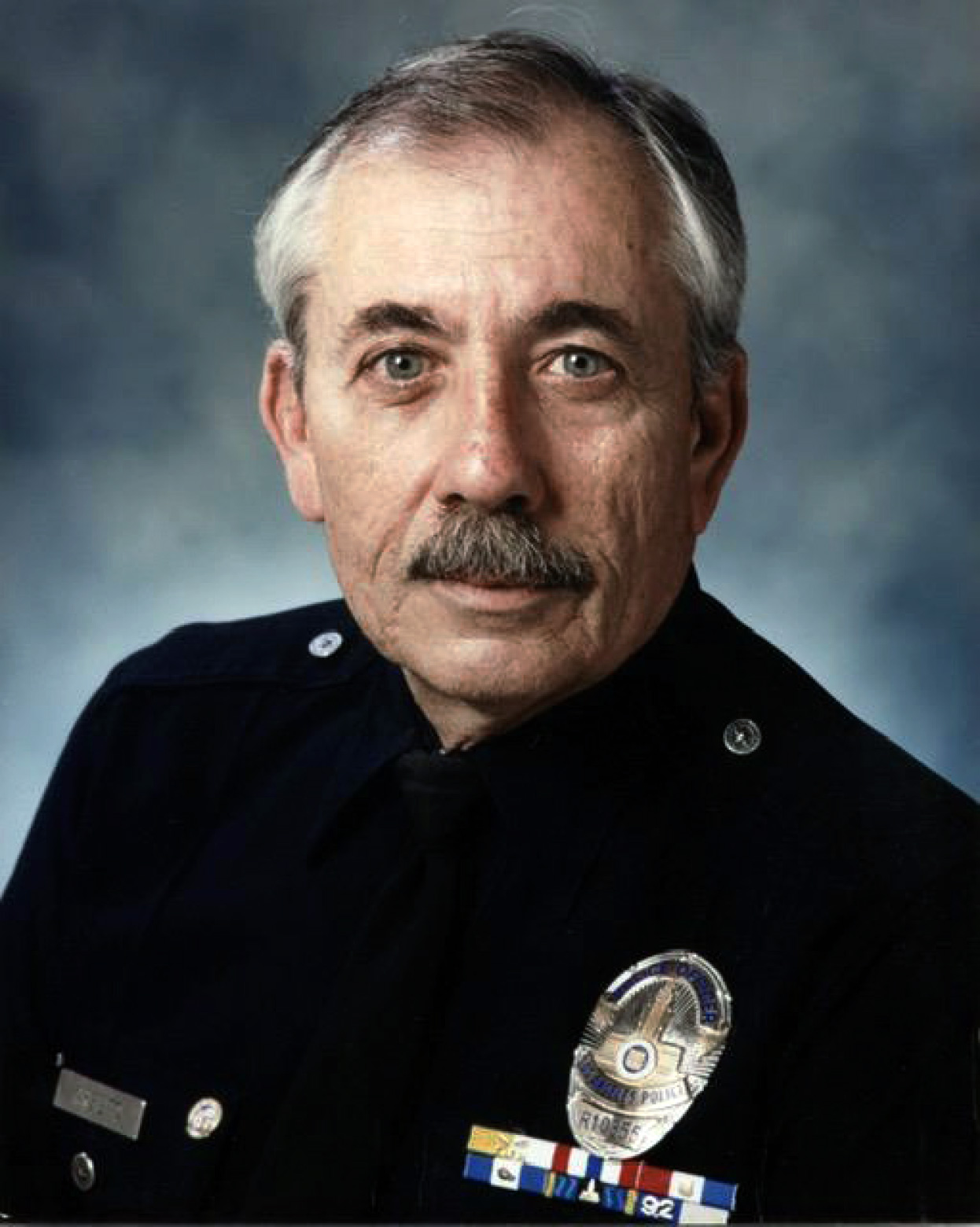 Peggy Cresto mentioned at the memorial for her husband, John Cresto, that she never fully understood what it meant to be part of the LAPD family until her husband passed. A few years ago, John retired from the LAPD Reserve Corps after 45 years of service, last assigned to Foothill. The station immediately offered support upon learning of his passing. Chief Moore wrote a letter of condolence and expressed sorrow associated with losing a family member. The LAPD Honor Guard presented a flag to the family, as did the United States Army, but it was a photographic portrait of LAPD Reserve Officer John P. Cresto that was placed by his remains.

His LAPD partner of 27 years, Carmen Silicato, recalled several fond memories that showed how much John cared about the community he served. Jeff Cresto recounted asking his father why he was a reserve officer, and John replied, “Most people are hardworking individuals, I enjoy helping to defend these people.” This quote is echoed in one of the songs sung during the service, “Here I Am, Lord,” which expresses blessings from and the relief of suffering by God. The song asks who will help him and receives the answer, “I will go, Lord, if you lead me, I will hold your people in my heart,” which is what John did humbly every Friday Watch 4 — every Friday night. Peggy could only think of two occasions John did not work Friday night during his 45 years on the job. 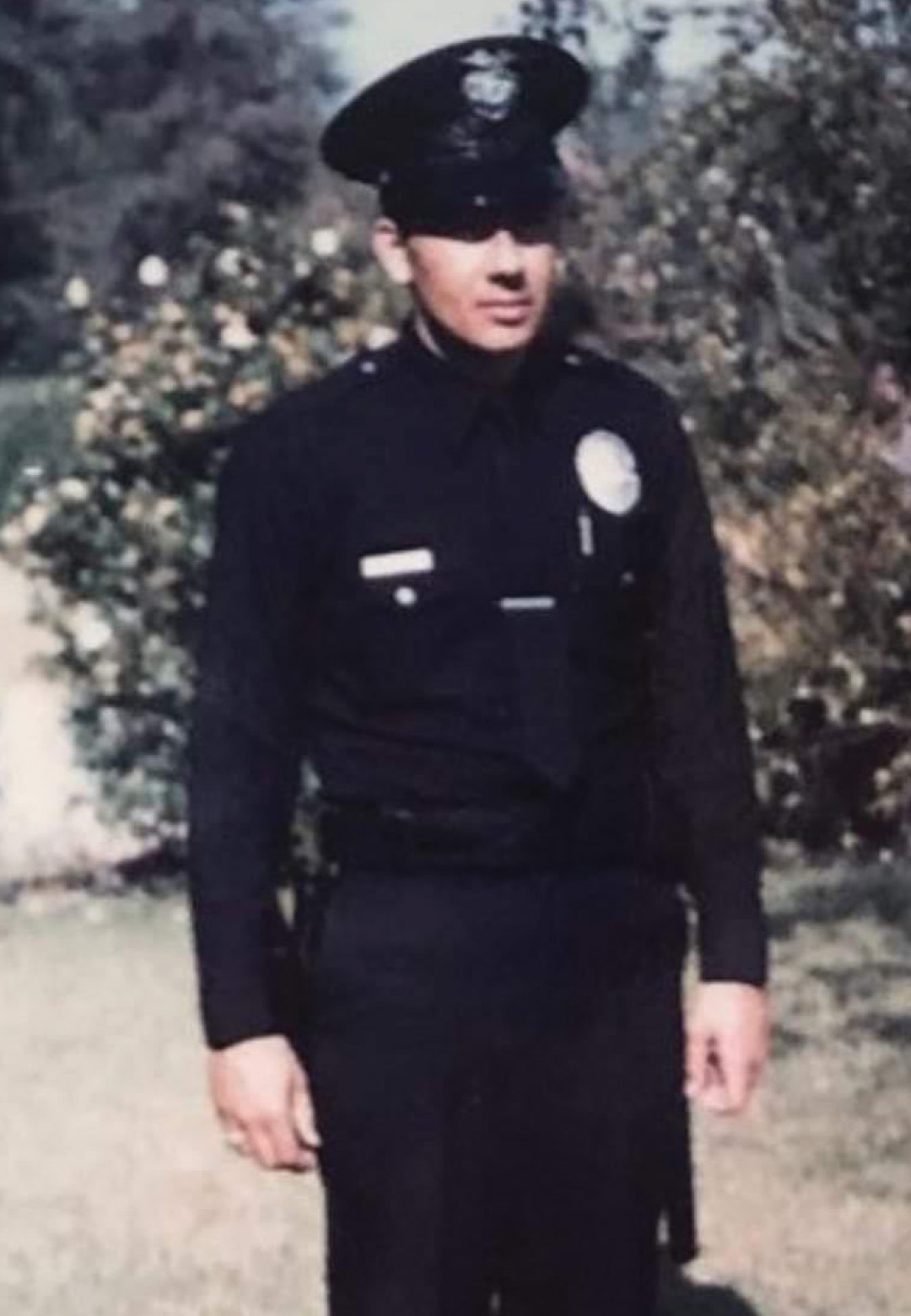 I actually did not meet John until the Twice a Citizen banquet when he received his 45-year pin in 2015. But I knew of him — around 1985, I was an appraiser trainee working with staff appraiser Peggy Cresto at the Burbank office of Home Savings of America. The office was an open floor with no dividers — desks abutted each other similar to an old detective unit. On Mondays, we appraisers would gather for our assignments and discuss what we did over the weekend. Peggy would occasionally mention the good her husband did as an LAPD reserve officer. A short time later — personnel didn’t take as long as it does today — I was in Academy Class 10-86R. Sometimes, we can have an impact when we never try to have one at all.

When I left patrol to raise a family, ultimately retiring in 2002, something was missing: my LAPD family. Just like my non-police family, there is a sense of longing when someone is missing. After my kids graduated college, I went back to the Academy — Class 10-18R. The Reserve Corps and my LAPD family are an important part of my life. The sense of duty and honor I have from being a Los Angeles Police reserve officer is because of John Cresto, a man I met only once. God bless you, John Philip Cresto. You have done your duty. Rest easy, we’ll take it from here.

Robert Arabian, who came to Foothill Division as a line reserve in 1990 before going full-time with another agency, fondly remembers John’s Cresto’s nickname as “Krusty.” He says: “I didn’t know him well, and as a rookie cop, it wasn’t until we got to work some shifts together that I realized what a gem he was. He carried a revolver and was old school for sure, but he understood people and he had a good sense of humor. We would occasionally stop for a smoke break and talk, and he would impart a bit of cop wisdom.

“Carmen [Silicato] was one of the vets, too, and they were informal leaders of the group. He and John would work together more than the youngsters, but there was always teamwork between us. I never really heard John complain, but when he did, there was a sarcasm and a little smirk out of the corner of his mouth. That’s when John was at his best.”

Officer Silicato added, “John loved his family and he loved being a cop. I don’t believe that God needs cops in heaven, but if anywhere in his great universe he needs them, I know John will be there.”

Reserve Officer Dave Bush, who worked Foothill from 1994 to 2004, says: “John was always a reserve you could count on to support the division.  John also attended the Sunshine Kids and Special Olympics events for many years. God bless John and his family.”