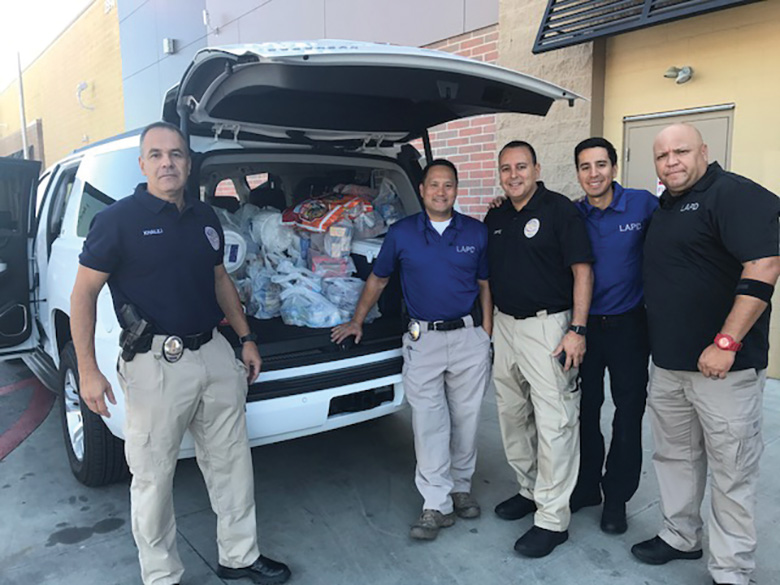 Editor’s note: This abridged article is reprinted from the October 2017 issue of The Thin Blue Line. Sergeant Sandoz is vice president at the Los Angeles Police Protective League.

In late August, the City of Houston was hit with Hurricane Harvey, a category four hurricane that left the city devastated. The death toll from Hurricane Harvey was hovering at approximately 70, and the property damage was expected to be in the billions. Mutual aid has poured into Houston from all over the country. 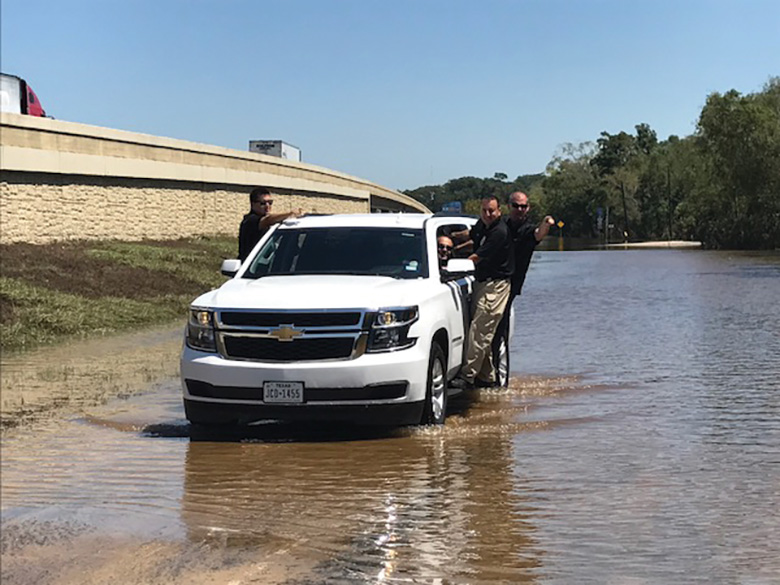 Oftentimes, smaller cities get overshadowed and mutual aid is slow to surface. Rose City, Texas, is an extremely small city of approximately 600 residents. With that in mind, and with the heart to assist our brother and sister officers in surrounding towns of Houston, Motor Sergeant Jon Aufdemberg, South Traffic Division (STD), reached out to determine which agency was in dire need of immediate assistance. Captain Jon Tom, Commanding Officer, STD, organized a group of LAPD officers and headed to Rose City Police Department and Jefferson County Sheriff’s Department in Texas to assist those agencies. When they started on this journey, they weren’t looking for any recognition or accolades. In fact, they discussed as a group that they purposely didn’t want to draw attention to what they were doing. They simply had the heart to serve others. The LAPD cadre, called the LAPD Houston Area Relief Team (HART), purchased groceries, generators, radios, gas cans, cleaning supplies, chairs and other supplies for Rose City Police Department, which is composed of the mayor, a secretary and three city marshals. Their town hall/police station was under four feet of water, and they lost all their police vehicles except for one, and all their radios. Their uniforms and boots had been ruined by the constant rescues and work in and around flooded areas. 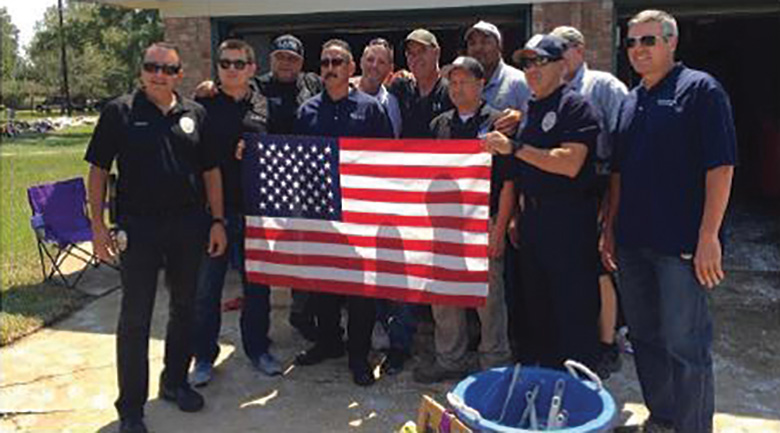 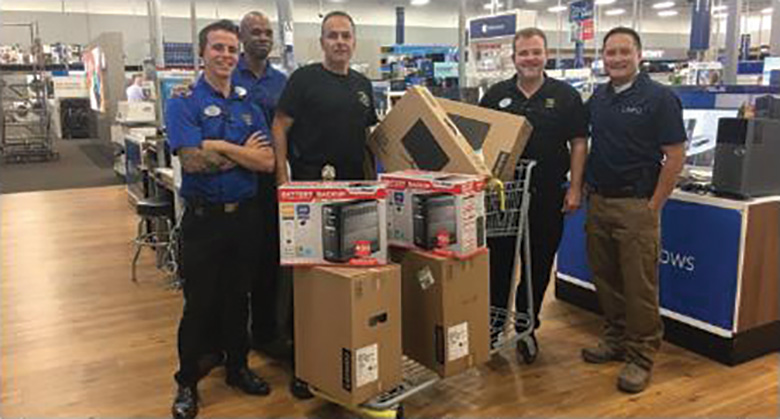 This was a team effort, and this trip was made possible thanks to donations by officers assigned to South Traffic Division, Operations-South Bureau and Harbor Division. Every officer on this trip paid his own way, and all of the money raised went to the victims in the Houston area.

It should be noted that the majority of donations received for this relief effort were made by Reserve Officers Khalili and Ortiz and the following employee organizations: 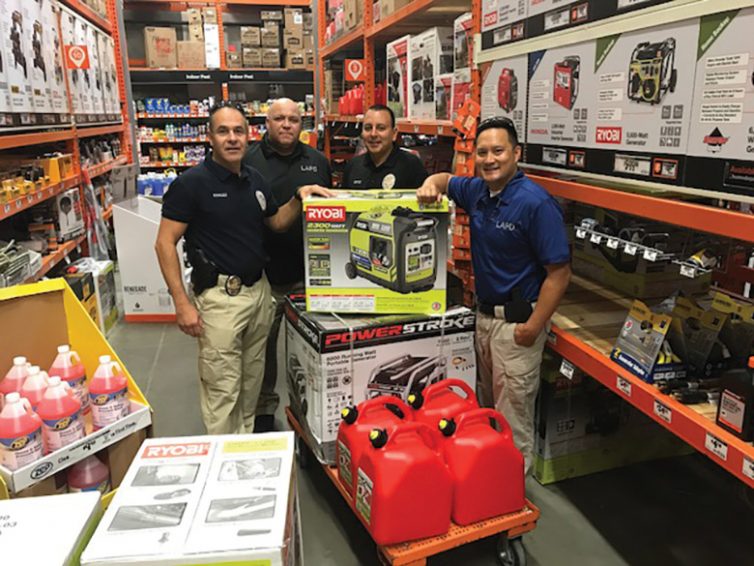 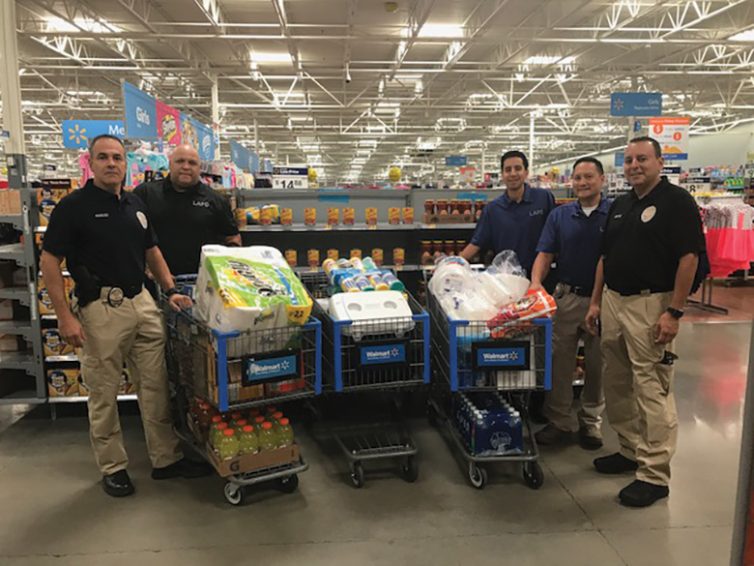 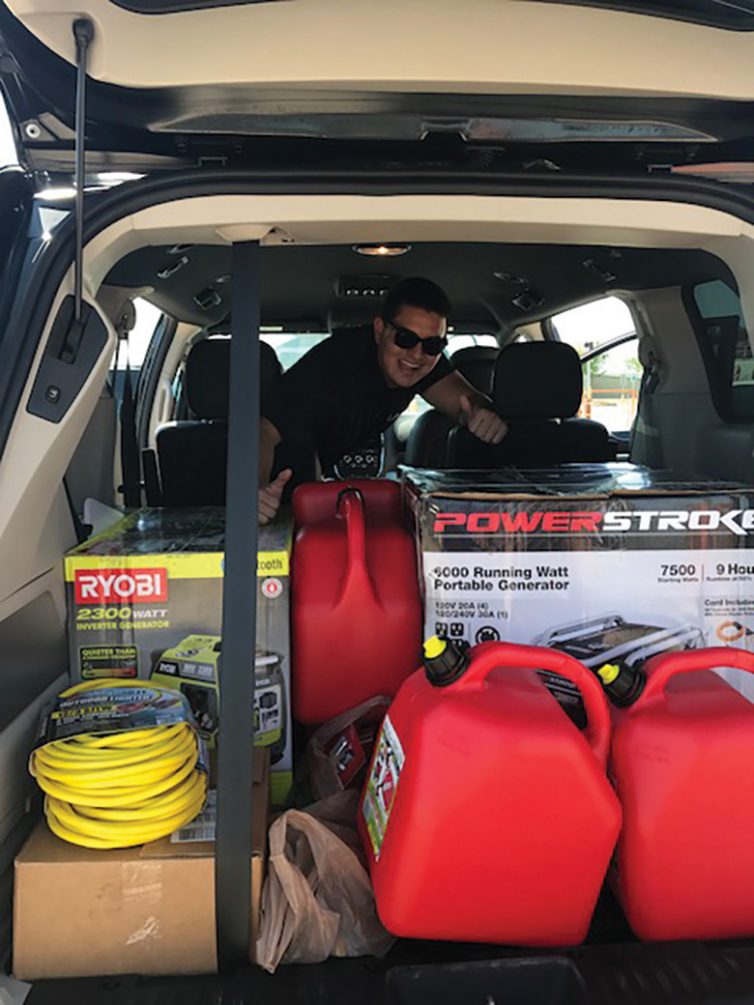 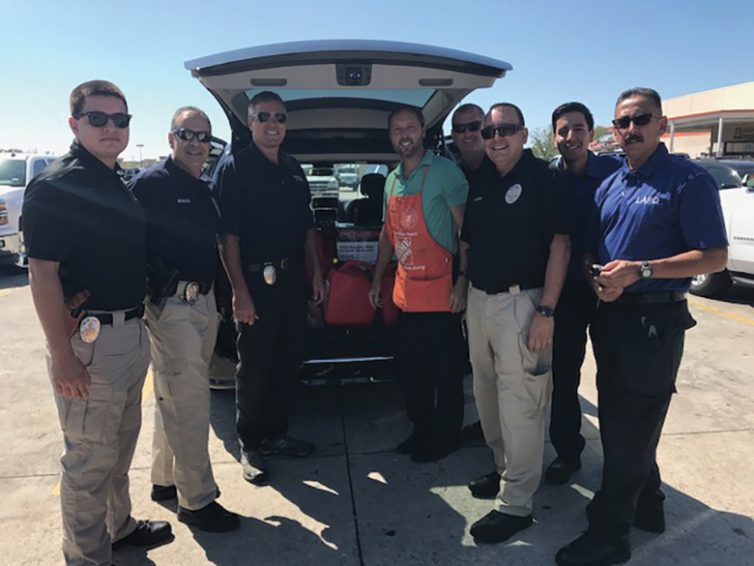 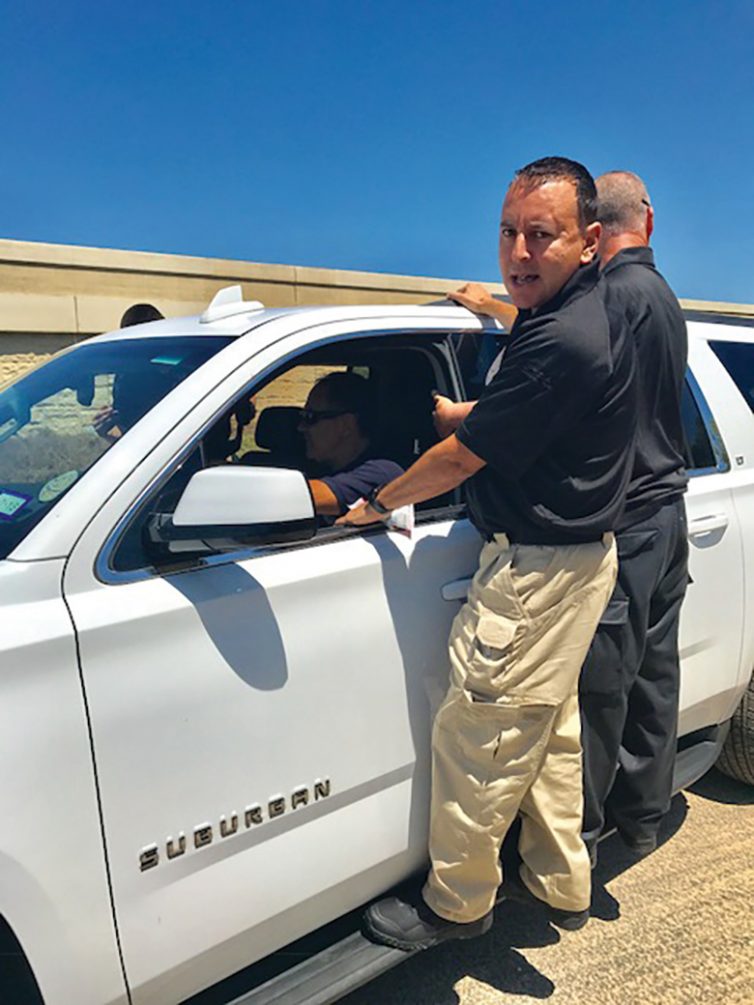 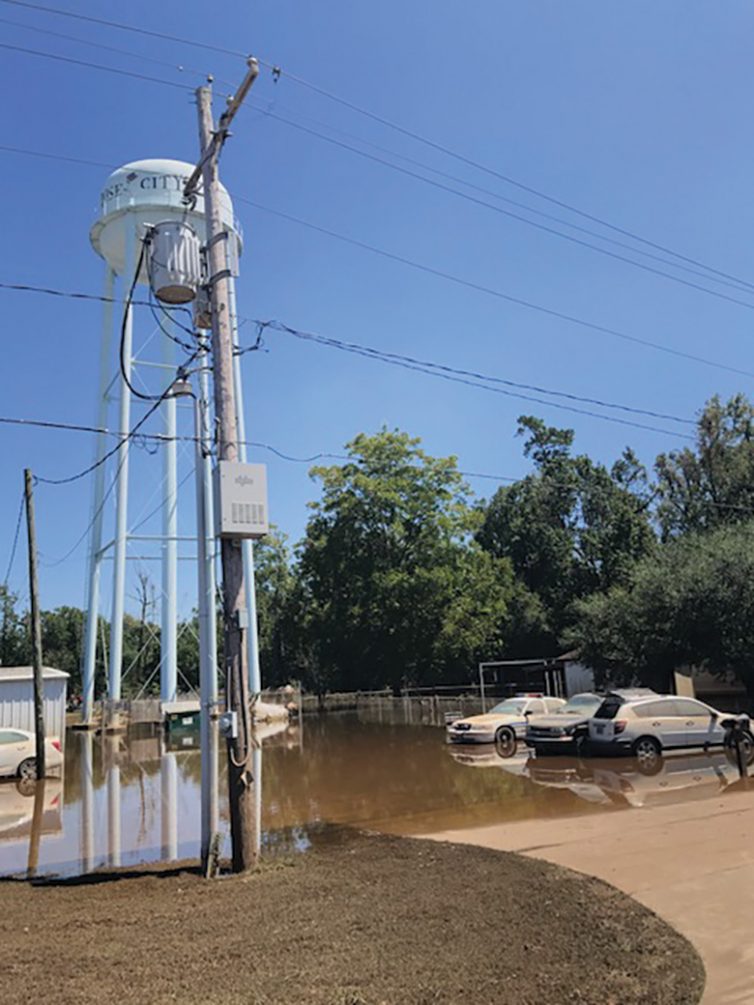 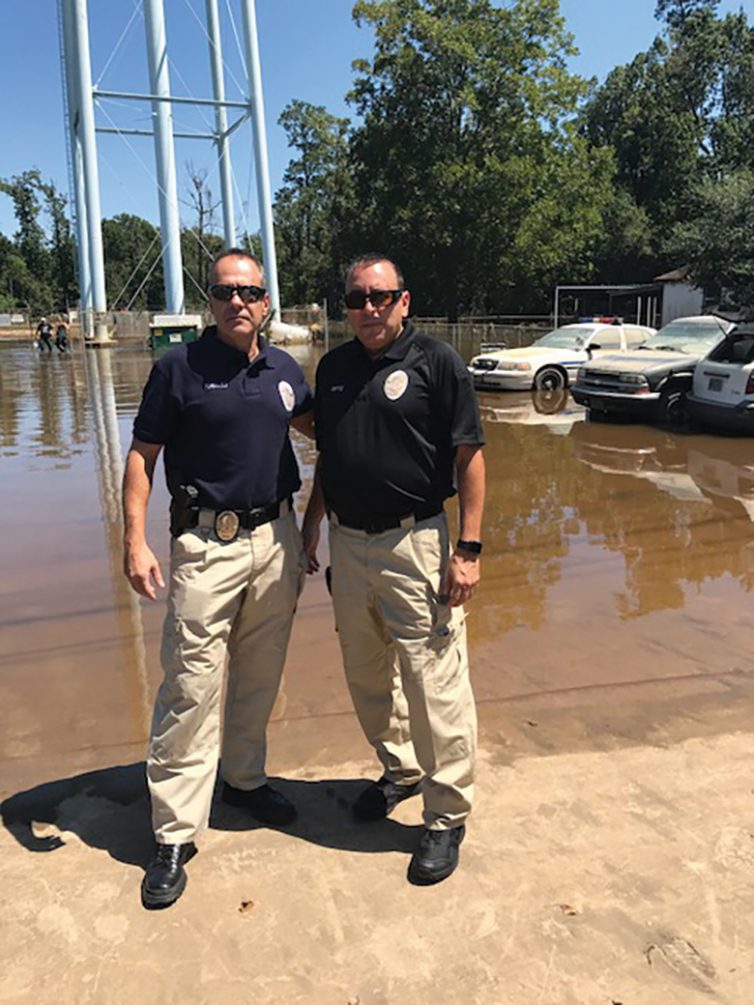 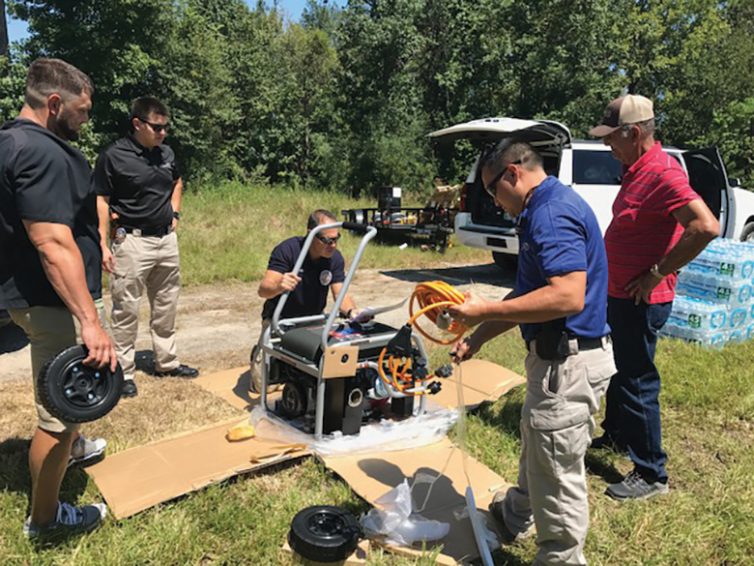 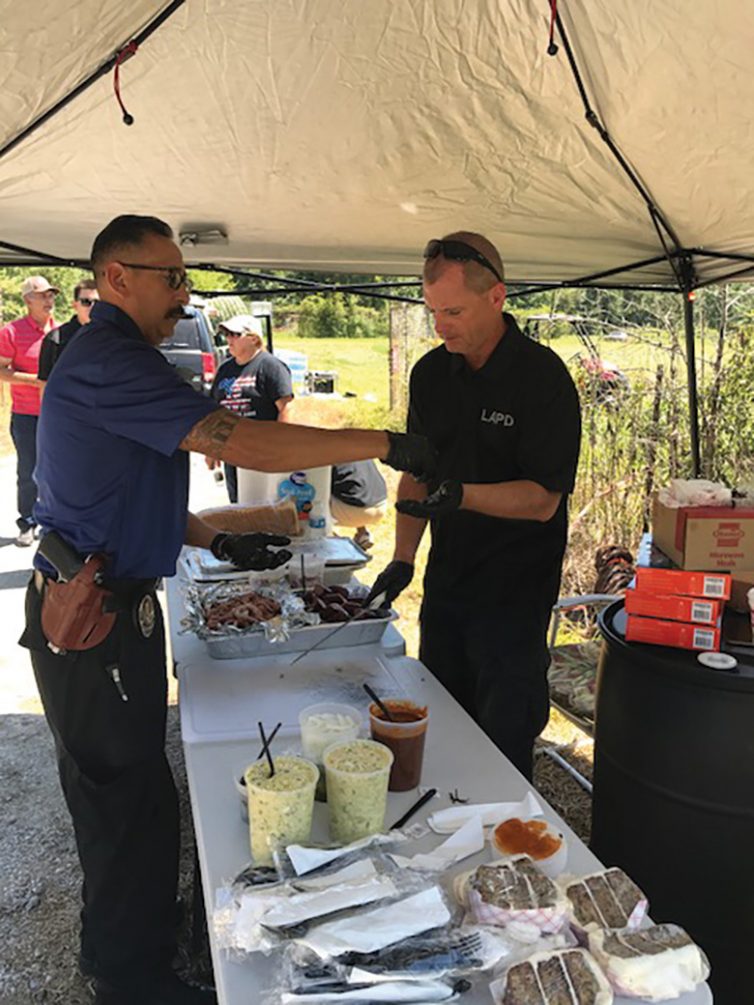 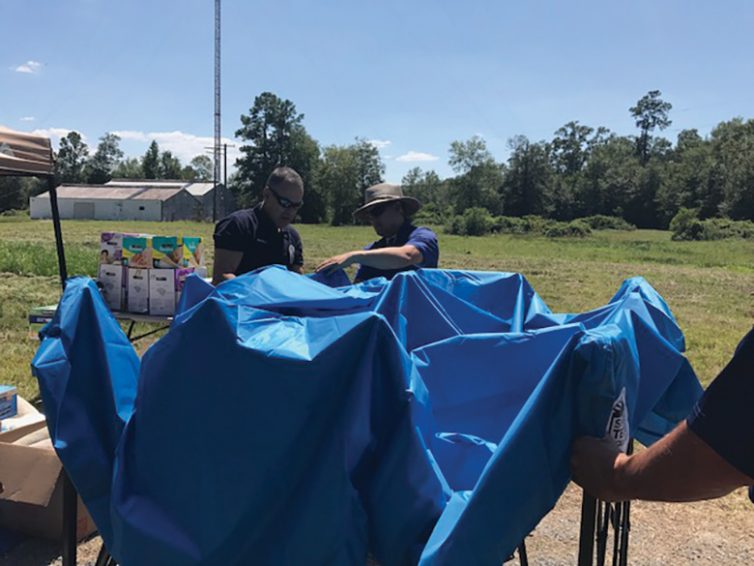 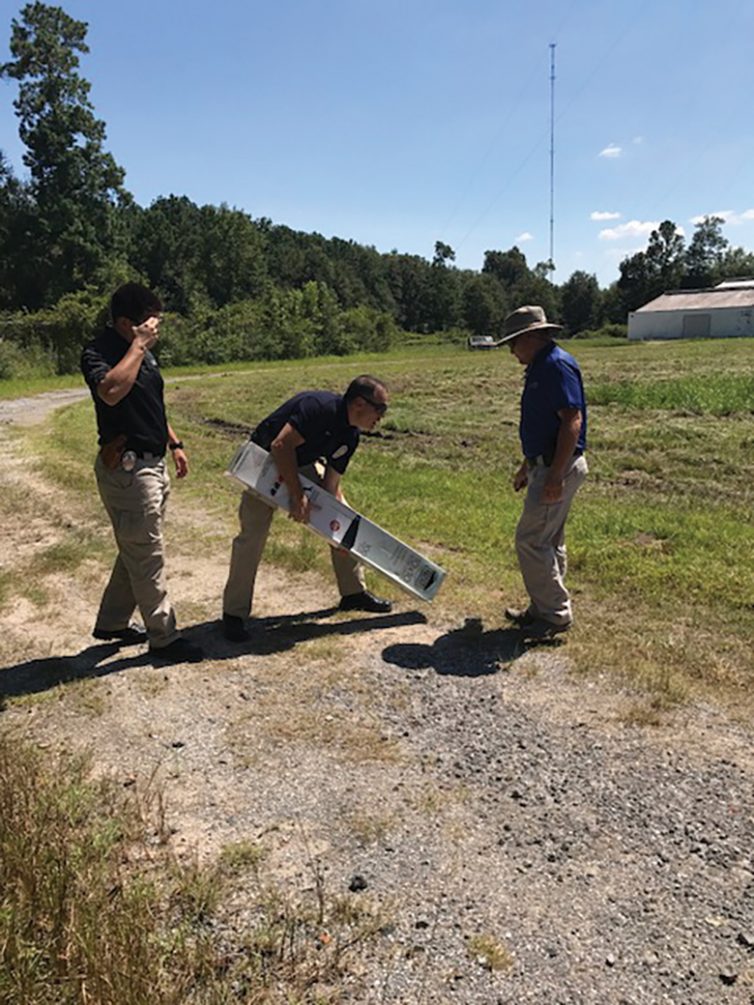 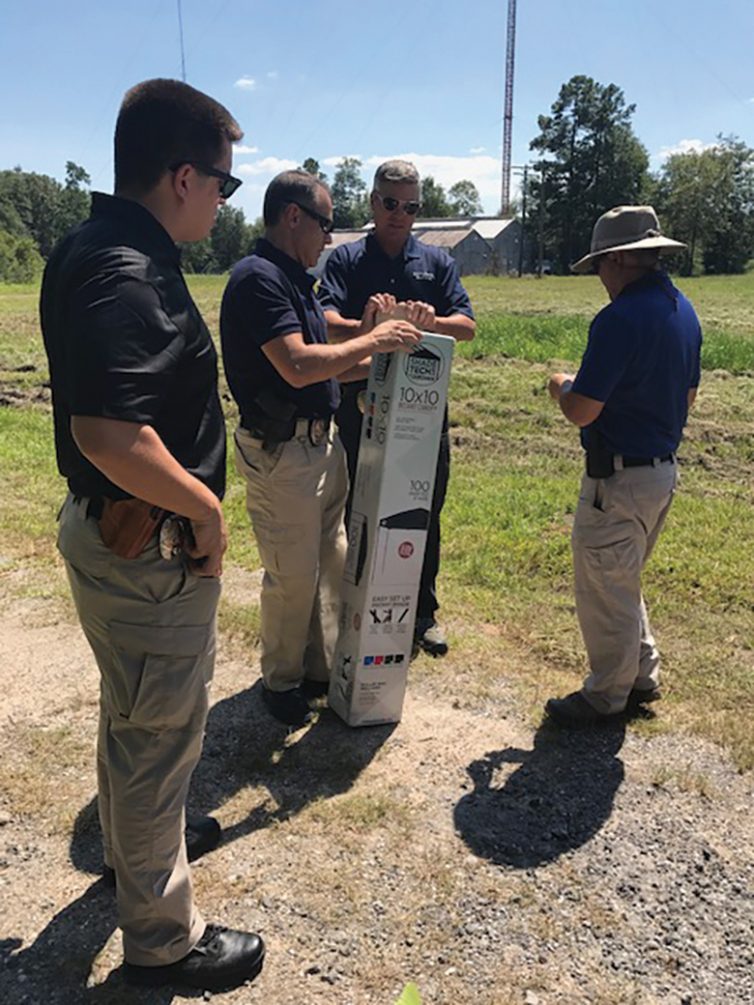 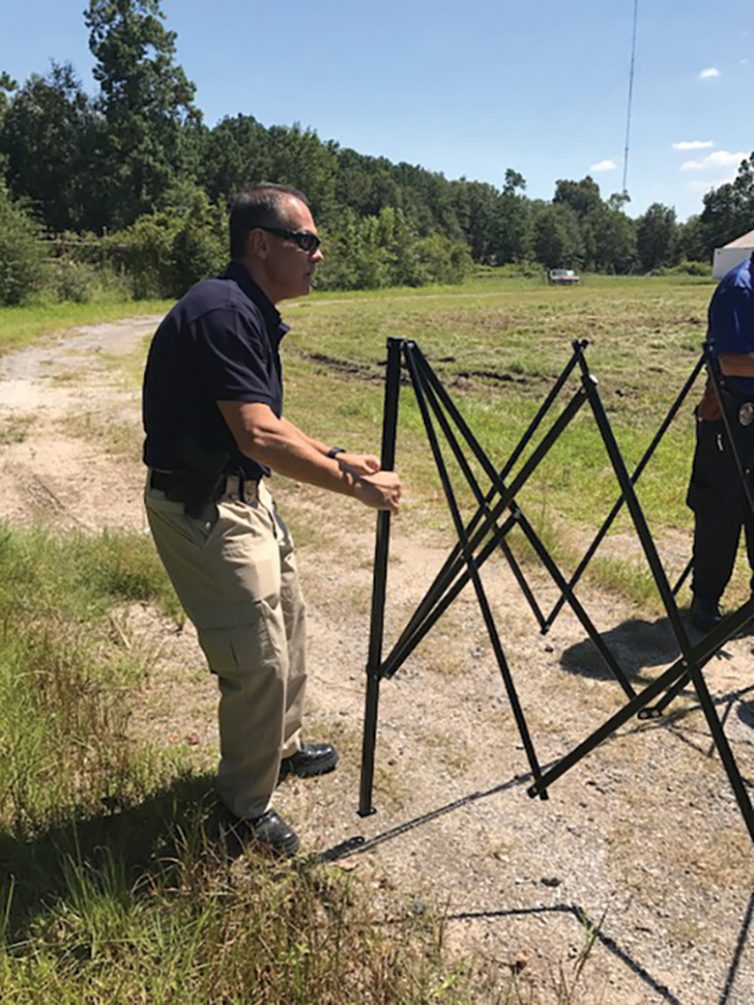 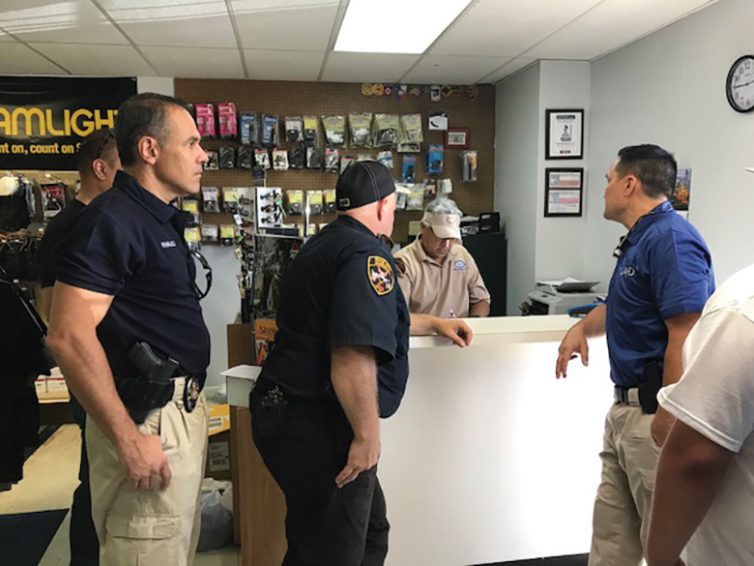 On September 21, the Air Support Angels Foundation announced its First Responder Fund in response to Hurricane Harvey, which hit the Southern and Eastern United States, particularly Texas and Louisiana, this year. The press release stated:

“The purpose of the Fund is to support the men and women first responders who have suffered their own losses and setbacks, but still go to work to save and assist the good civilian population of Texas. The LAPD Air Support Division’s Angels Foundation stands strong to support our brothers and sisters. These first responders need help with their own financial responsibilities brought on by these monster storms. They are also in much need of equipment and supplies to expedite the rescue of people. All monies raised through the Angels Foundation will go directly to a charitable entity within the affected departments.”

Los Angeles City Councilmember Mitchell Englander and Chief of Police Charlie Beck were among the speakers at the announcement, held at the LAPD Air Support Division. The new fund was spearheaded by Reserve Specialist Lance Ordin, who spoke first. He said that the Harris County Sheriff’s Department had previously contacted them about creating a nonprofit organization: “A greeting turns into a conversation, a conversation turns into an idea, an idea turns into a cause, a cause turns into a movement.” He recalled how, in his subsequent conversations with Harris County Sheriff’s Lieutenant Donnie Plant following the devastation of Hurricane Harvey, he learned that hundreds of first responders had lost everything themselves. “Some were even sleeping on the cold floor of the Air Support hangar, as they had nowhere else to go.”

Councilmember Englander, who also serves as an LAPD reserve officer, noted that “Just because these brave men and women put others first does not mean they do not need our help.” In his comments, Englander mentioned Reserve Officers Bernard Khalili and Eric Ortiz, who traveled to Texas to help as part of mutual aid (see accompanying article).

Chief Beck spoke of the contract that society has with its protectors. When society dials 911, “We will respond and we will put ourselves in jeopardy to save you,” he said, adding that the other side of the contract is that society will support its first responders when they need it. “Now it’s your turn to help them,” he concluded.

At the end of the press conference, Reserve Specialist Ordin presented a check for $10,000 as a financial commitment to the First Responder Fund. The monies are on behalf of the men and women of Air Support Division and the Air Support Angels Foundation.

It should be noted that the idea and the magnitude of logistics for the First Responder Fund came from the teamwork of full-time LAPD Command Pilot Adam Greenburg, working in conjunction with Reserve Specialist Ordin.

To donate to this fund, go to firstresponderfund.com or text “help911” to 41444. Reserve Specialist Lance Ordin is the president of the Air Support Angels Foundation, which is also managed with Reserve Officer Terri Lincoln, a former full-time Air Support command pilot.
&bnsp 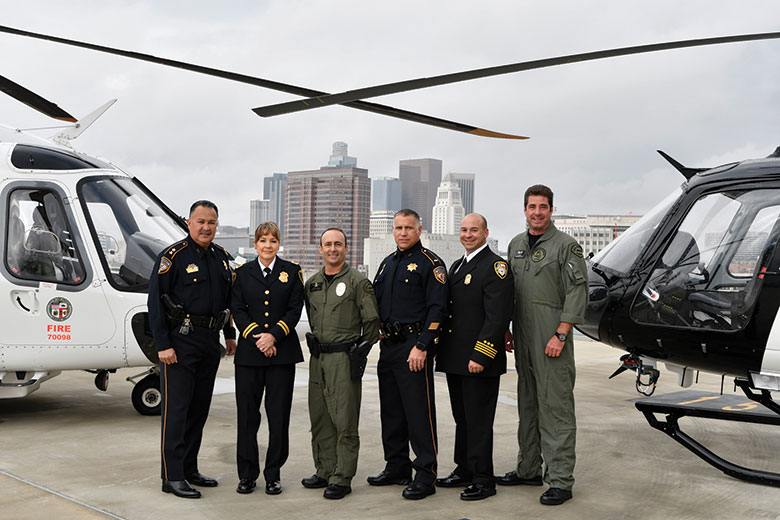