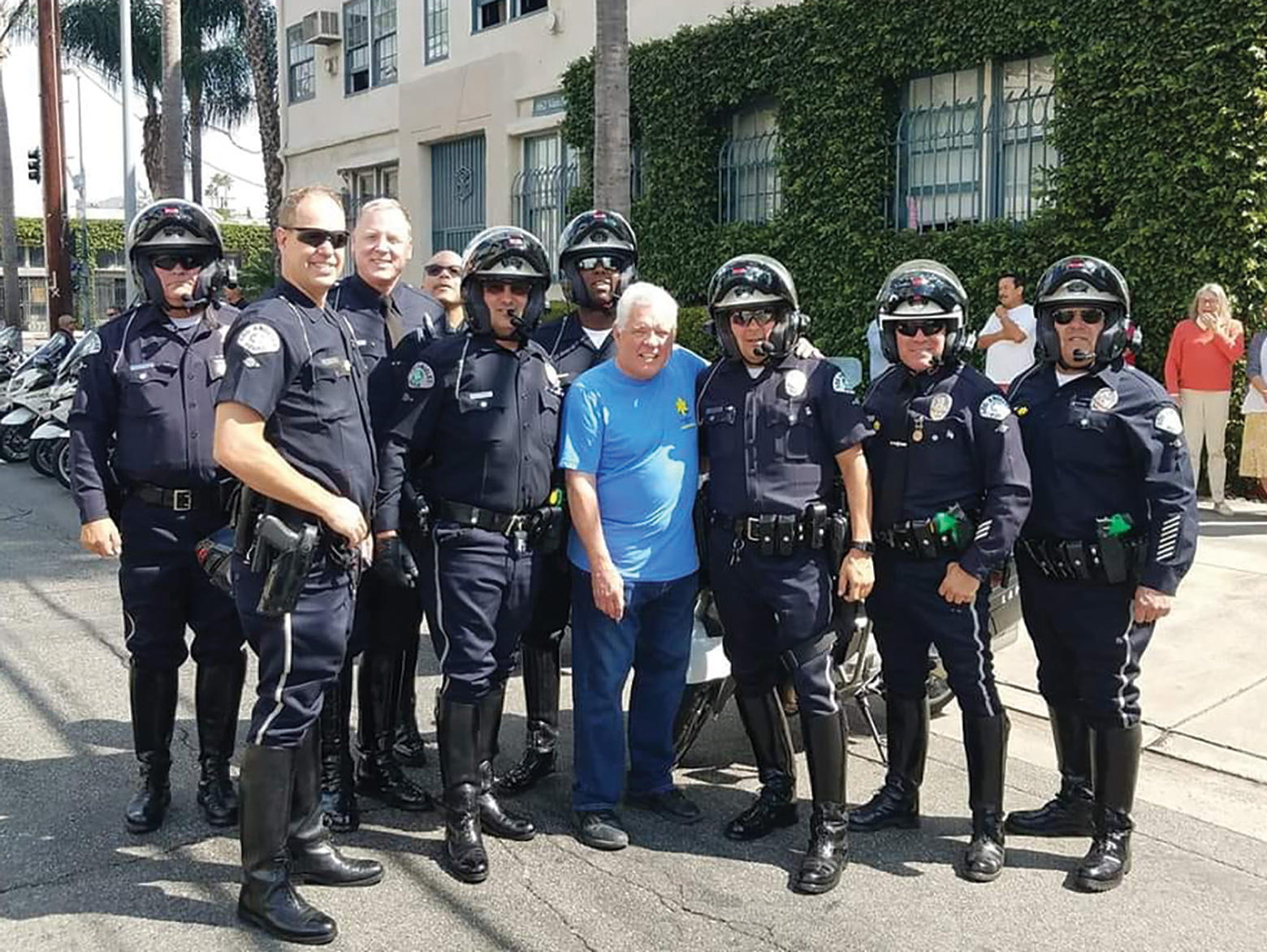 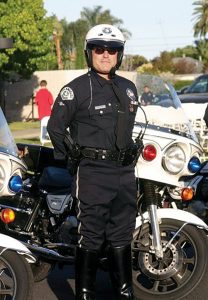 Gary grew up in Canoga Park, where he met his wife, Kathy, at Canoga Park High School. They had two wonderful kids, Jared and Jennifer, after whom they named the family company, JRI, an electronics firm servicing the military, aerospace, biomedical, industrial, and commercial and consumer markets. Together, Gary and Kathy built the company from the ground up; today the company has 45 employees.

As busy as Gary was with a family and a growing business, he always remembered LAPD Motor Officer Clarence Dean visiting his father at work. Officer Dean inspired Gary to become an LAPD reserve police officer, and so he started a lifelong “second career,” entering the Academy on February 27, 1978. (Officer Dean would lose his life in 1994 after the Newhall Pass interchange collapsed in the Northridge earthquake.)

After graduating, Officer Becker was assigned to West Valley Division, where he worked patrol and various other assignments. This is where I met Gary. We became friends on and off the job, and one of the binders was that we both loved to ride motorcycles. One day, Gary called me at my office, excited: LAPD was looking to start a Reserve Motor Pilot Program. He asked me if I wanted to sign up with him.

In February 2005, the first LAPD Reserve Motor Class began. The class was called the “Motor Ducks,” so nicknamed because it was the second-wettest year in California history. Motor School is tough — they say it’s the most difficult school in the Department, and it’s one that’s made even more difficult in the rain. Approximately 20 officers began the class; only seven graduated. When a person joins the LAPD, they become part of large family of brothers and sisters in blue. But being a member of the “Ducks” was, to say the least, incredible. This team wasn’t just a family; it was an extension of oneself.

Gary was a “Duck” for the remainder of his career — 40 years of service, in which he combined his two loves: riding motorcycles and the Los Angeles Police Department. Knowing Gary, I’m sure he is now riding a cloud in heaven. Every time you hear thunder, that’s Gary laughing. His friend of 44 years, Steve Spaulding, wrote on a memorial page: Gary “was generous, always the life of the party, and, yes, you could hear his laughter from far away. … He could hop on a Harley and ride 5,000 miles in two weeks or hop on a horse and ride from the Sierras to the Owens Valley in three days to bring in packhorses for the winter.” Friend Matt Adams wrote: “Who could ever forget that laugh? It was somewhere between a lion’s roar and a cackle.” 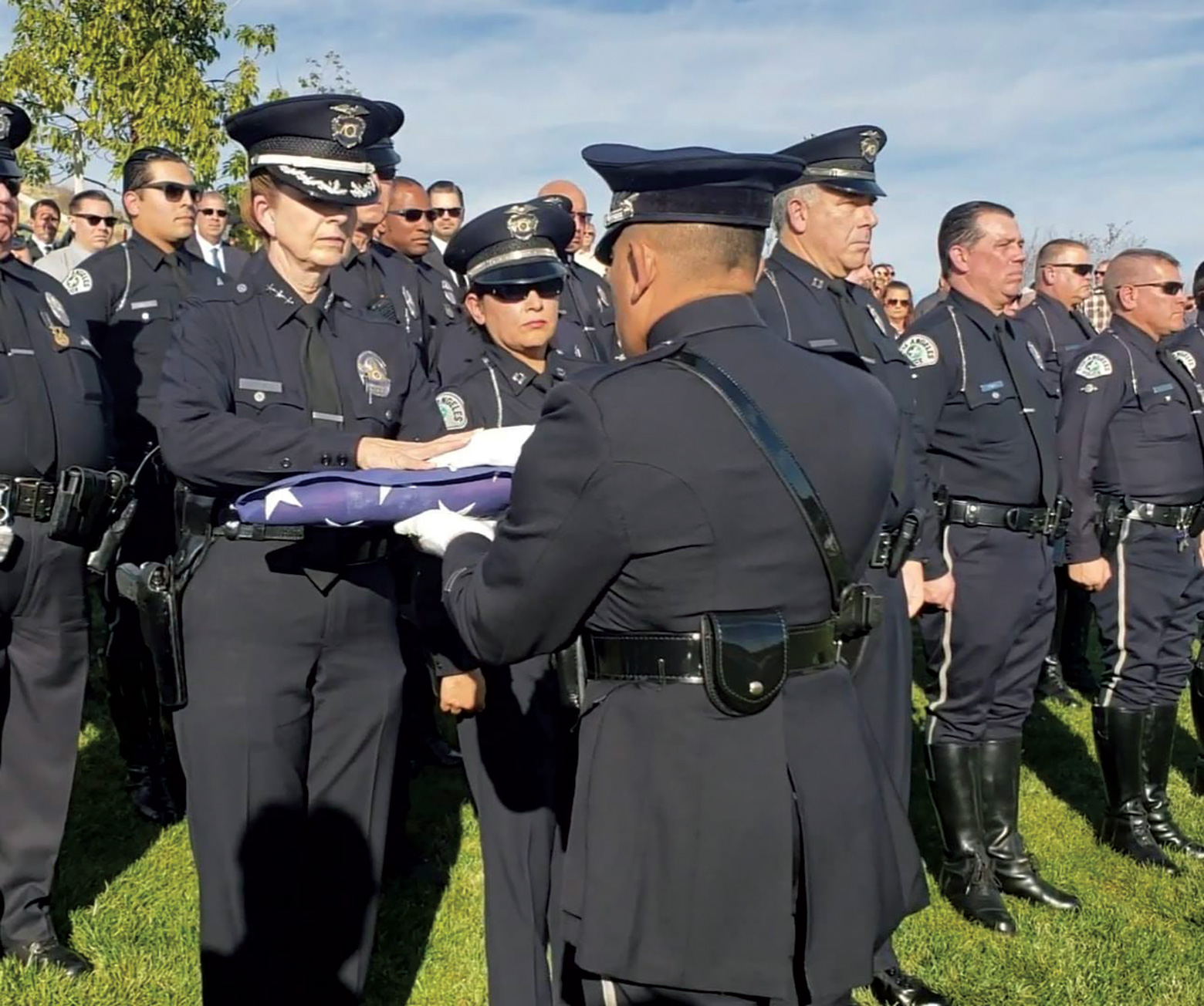 Officer Johnny Gil of the LAPD’s Honor Guard presents the flag to Assistant Chief Beatrice Girmala, for the Becker family