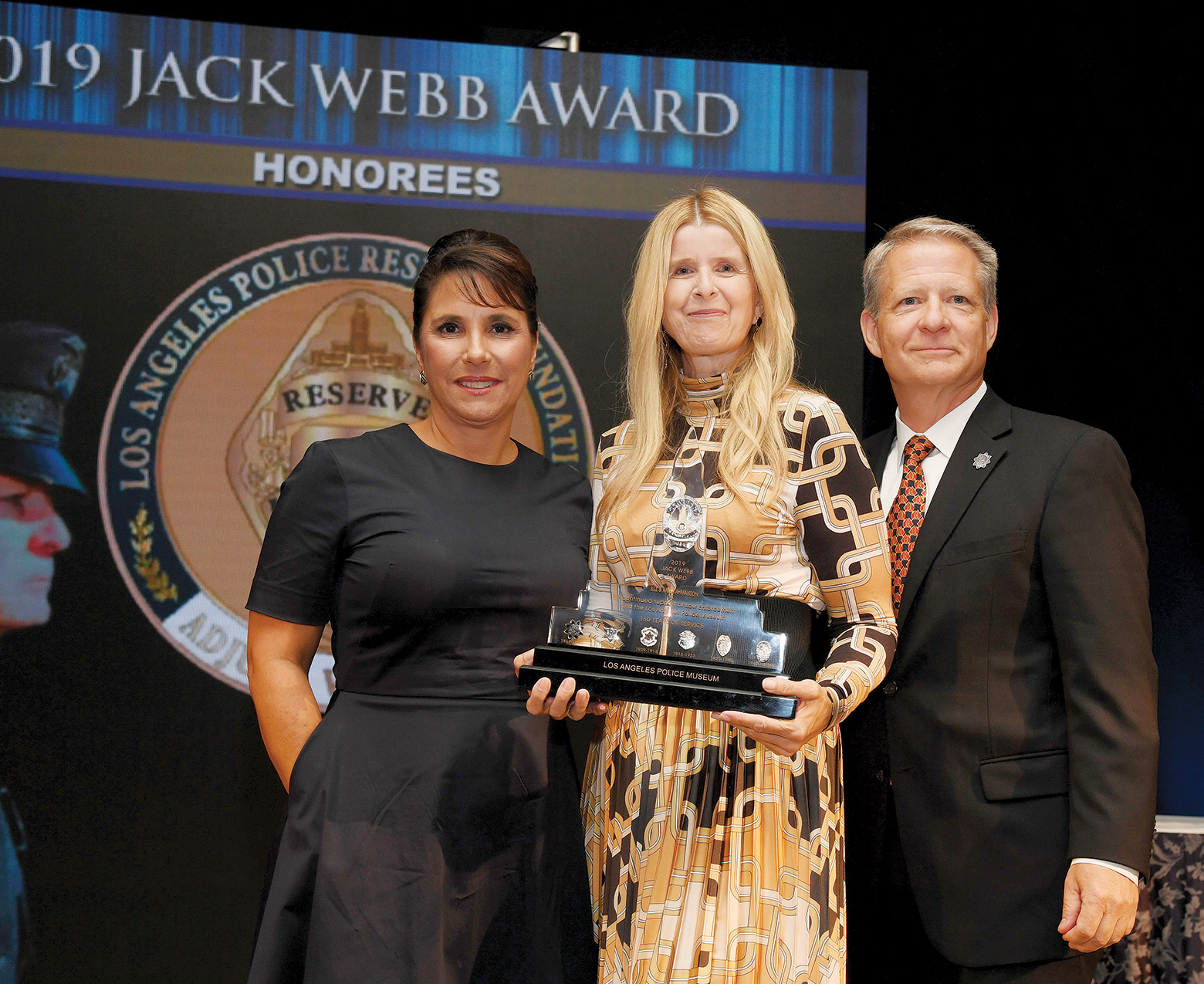 The annual Jack Webb Awards, presented by the Los Angeles Police Museum, were held on September 27 at the Langham Huntington in Pasadena. The gala celebrates the history of the Department and the legacy of Jack Webb, and helps to support the Museum. 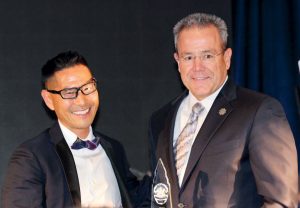 This year, the 150th anniversary of the LAPD, the reserve program was well-represented, with three of the four honorees involved with the reserve program: Los Angeles Police Reserve Foundation Co-President Karla Ahmanson; Reserve Officer Bill Ahmanson, trustee and president of The Ahmanson Foundation; and Reserve Officer Dr. Kenji Inaba, professor and clinical scholar of surgery, emergency medicine and anesthesia at the University of Southern California, who also serves as the LAPD’s “chief surgeon.” The fourth honoree was businessman Steven Kasten, one of the early board members of the Police Historical Society. Opening remarks were made by Chief of Police Michel Moore and presentations to the honorees were made by the Chief, Assistant Chief Beatrice Girmala and former Deputy Chief Peggy York.

Over the decades, many have been inspired to law enforcement careers, in LAPD and around the world, because of Jack Webb. Known worldwide as Sergeant Joe Friday, Webb produced the television series Dragnet (originally a radio program) and later, Adam-12. “Jack Webb was a stickler for detail and authenticity,” The Rotator reported in Winter 2012. “For Adam-12 (which ran from 1968 to 1975), the inside of the Rampart Station was duplicated exactly on the Universal sound stages, right down to the doorknobs.” The iconic LAPD Series 6 badge became world famous.

Webb’s wife, Opal, attended the festivities and posed for photographs at 100 years young. Classic LAPD vehicles were on display as guests arrived, courtesy of the Vintage L.A. Coppers. The chair of the Museum Board is Robert Alaniz, an LAPD sergeant; the executive director is David Fryer.

The Los Angeles Police Museum is located at the old Highland Park Station, built in 1925. For more information on the museum, go to laphs.org.