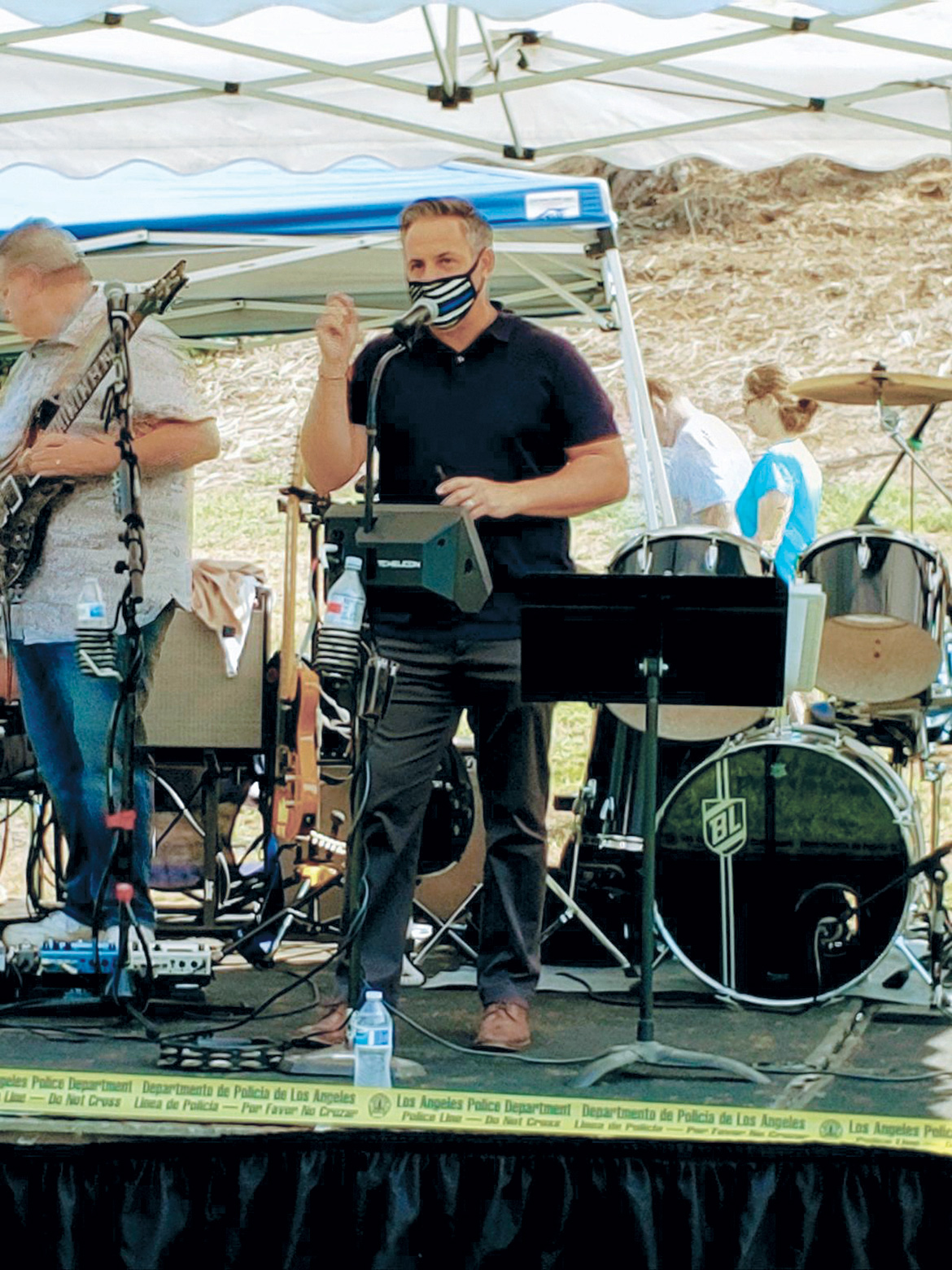 Councilmember Joe Buscaino (15th District), who transitioned from full-time to reserve police officer after his election to the City Council in 2012, spoke at a “Defend the LAPD” community rally near Elysian Park on October 17. Here are his abridged comments regarding LAPD reform. (Editor’s note: There may have since been updates to issues discussed.)

“As a former LAPD officer and a proud current Los Angeles police reserve officer, I know how complex and dangerous this job can be. And as a former senior lead officer, I’m well aware of the many great contributions all our sworn officers make to our City. The LAPD deserves praise, and I am here to deliver it. I am one out of only two members of the L.A. City Council who voted against a decrease in the LAPD budget because I know that a decrease in the public safety budget equals a decrease in public safety.

“While many Americans protested in cities across the country this summer against the inexcusable conduct of officers in Minneapolis and other cities, the reality is that the LAPD is probably the most progressive police department in the country and has been the model of a reformed department. The LAPD is one of the most diverse, inclusive, evolved departments in the United States. We have come such a long way since I joined the Department in 1996! In fact, the LAPD is 70% women and people of color!

“We cannot continue a conversation about how to improve policing without acknowledging the quantum leaps the LAPD has made, and how the LAPD can serve as a model to every other department in the United States. The LAPD is already the most reformed department in our nation.

“We have civilian oversight and the consent decree, and the LAPD is not done. There is no doubt that the LAPD will continue to evolve and get even more efficient at accomplishing its mission to safeguard the lives and property of the people we serve, to reduce the incidence and fear of crime, and to enhance public safety while working with the diverse communities to improve their quality of life.

“Recently, there was a story on the local news that most of you saw, reporting that the City Council approved a ‘plan’ to revamp the LAPD with a crisis response team. While there are some who are doing a victory lap about this, the reality of the action that was taken by the City Council is very different and very far away from a plan. There is no plan.

“I am not against the submission of ideas. Nor am I against pilot programs. The City runs pilots on all kinds of things. I am in favor of mimicking the tech industry by A/B testing things and studying effects to know which actions and programs are most effective in creating better outcomes. But the LAPD infrastructure that can deliver officers to your home in minutes after you call 9-1-1 is not easily or quickly [replicated]. This Department will always continue to evolve, but you don’t get more public safety by investing less. I want to go on the record with my position that defunding the LAPD will only create less harmony and more crime in Los Angeles.”

Councilmember Buscaino spoke on the importance of investing in both public safety and in the communities. “We can do both.” He went into detail on the Community Safety Partnership and how the Watts community has been revitalized by grants, private and public investments. “The reality is that investing in communities of color means investing more into public safety, not less. Another reality is that policing is going to get more and more expensive because it is getting more and more dangerous. We must always be working to improve quality of service, but if you know the LAPD, you know that it’s been doing exactly that for decades! We should be increasing the police budget, not decreasing it.”

At the end, he said: “To the Los Angeles Police Reserve Corps and all my brothers and sisters in blue, I promise to advocate for you with my colleagues and continue to promote the great work all of you do each and every day. Thank you to my fellow reserve officers for being that bridge to our communities, you are all truly twice a citizens.” Our government should be a place where we all come together, and no one gets left behind. An instrument of good.