After two years at the Ronald Reagan Presidential Library, the annual “Twice a Citizen”/Reserve Officer of the Year banquet moved to the Hilton at the top of Universal City, where it was held Saturday, April 20th. The annual banquet is funded by the LAPRF. 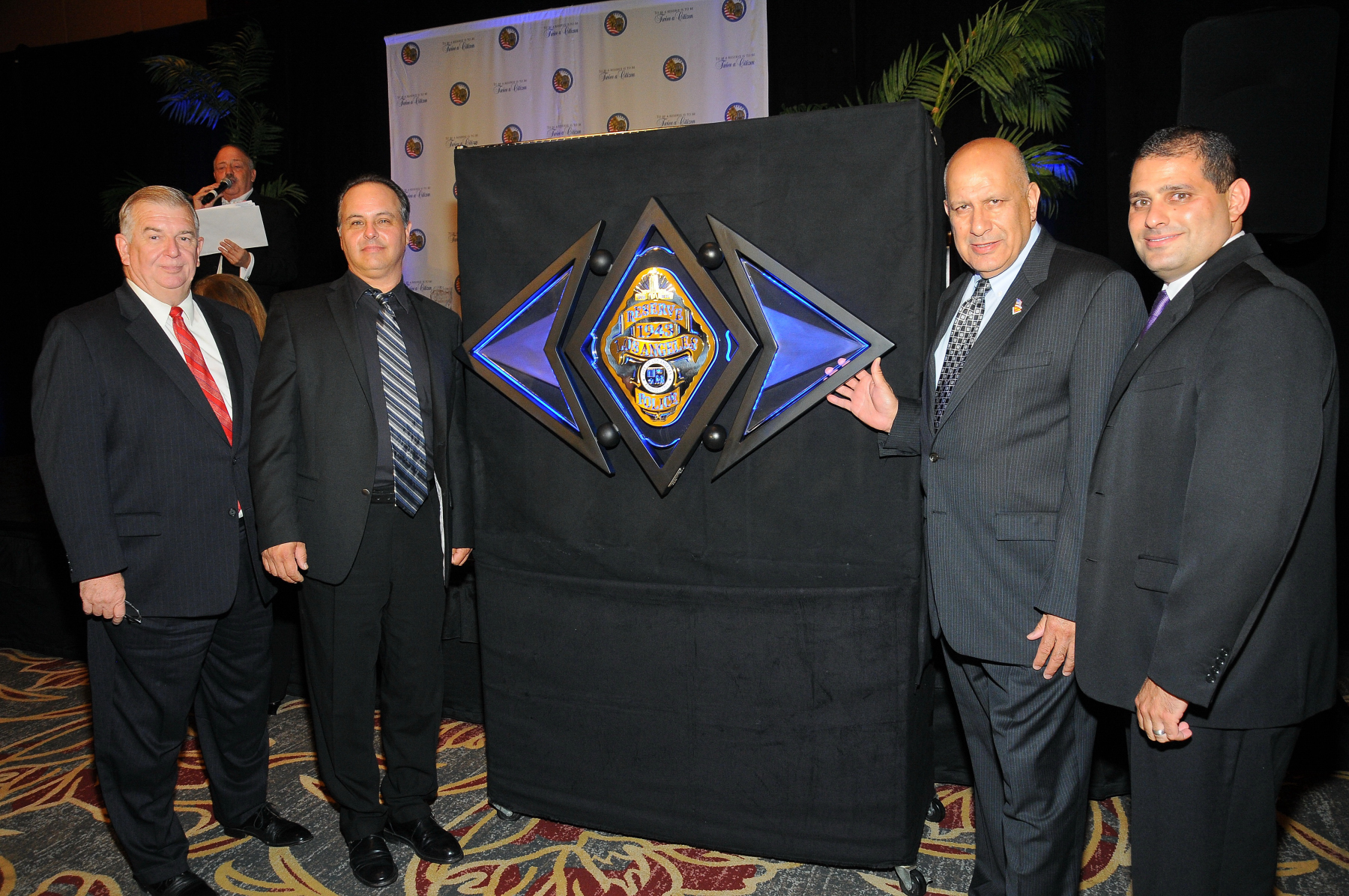 The other Bureau Reserve Officers of the Year are: (redacted),  Officer Harris Birken for West Bureau (West Los Angeles Area), who conceived and created the 1st Annual West Los Angeles Food Drive, held November 5, 2012. The drive was a great success that through Birken’s efforts collected over 6,000 pounds of food. Officer Melinda Crowe (Southwest Area) received the honor for South Bureau. Before transferring to Southwest, Officer Crowe helped the Newton gang unit enter over four years of backlogged FI cards into the system. She has helped do the same at Southwest. Officer Gary Kennedy (Foothill Area) was honored for Valley Bureau. Officer Kennedy, who logged 455 hours this year, has tremendous knowledge about crime problems in Foothill. He has worked a variety of assignments — including Q/QL unit (enforcing registration and DMV fraud laws), public events and parades — and he is also on the Reserve Officer Training Cadre that trains new reserve officer candidates at the Academy. Specialized Divisions named 24-year Corps veteran Officer Michael Goodman (Detective Support and Vice Division) its Reserve Officer of the Year. After working a variety of assignments throughout the years, he now works at the Mental Evaluations Unit (MEU), including the MEU Triage Desk.

Yvette Ramos (Southwest) was named the Specialist of the Year. She was instrumental in reducing the FI backlog, working hundreds of hours to help reduce the workload of clerical personnel and assist detective investigative operations. She also helped with the holiday toy drive and the Southwest Teen Community-Police Advisory Board (C-PAB) annual fundraiser event.

Three community leaders were honored as “Twice a Citizen”:

Chief of Police Charlie Beck, a former LAPD reserve officer himself, presented the awards along with Mistress of Ceremonies Christine Devine, anchor of Fox 11 News. Chief Beck noted that it has been a tough year, as law enforcement has had to deal with several tragedies. He said, “Police officers, whether they are reserve or regular, strain at the bit to run towards danger — it’s the most amazing thing.” Assistant Chief Sandy Jo MacArthur told the story of her early days at 77th Street Area and how she regularly received advice from veteran officers, only to learn later that they were reserve officers. The Corps is our “force multiplier,” she said. 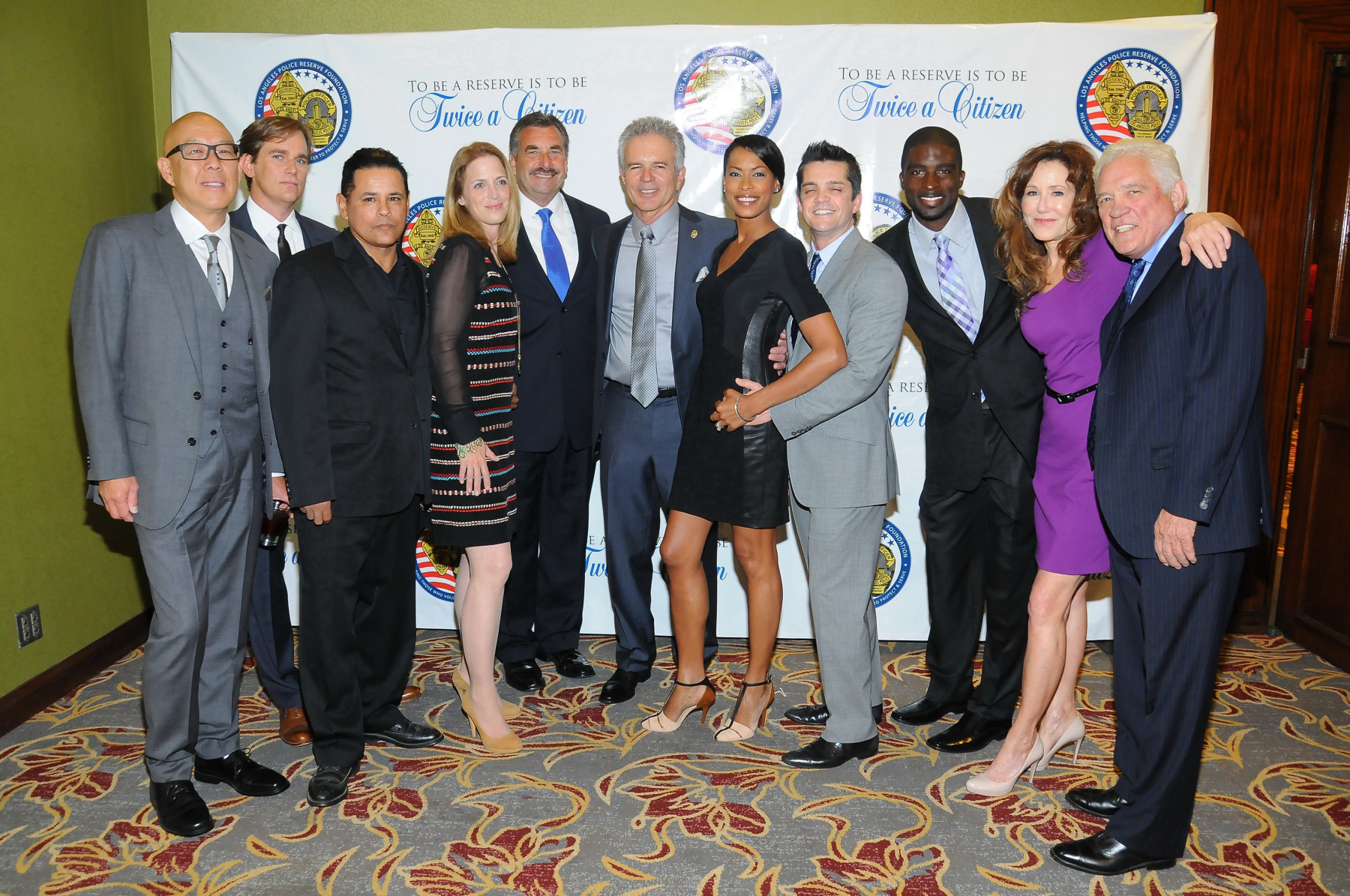 Silent and live auctions raised funds throughout the night. The live auction was run by famous fast-talker John Moschitta, Jr. (perhaps best known for his FedEx commercials). A featured item was a one-of-a-kind work (pictured on the cover) by artist Timothy Lampros — the historic “diamond” badge (first issued in 1943), created in stainless steel and centered on a bronze plate built on a welded-steel frame. Mr. Lampros also created the award given to Reserve Officer of the Year John Colello.

The banquet comes at a time when we are learning more and more about the history of the Reserve Corps and the men and women who have served before us. LAPRF President Mel Kennedy said that reserves “have played a far more integral role in protecting the citizens of Los Angeles than has ever been acknowledged.” Considering the current Corps, the wartime emergency officers (see story on Policeman Huseman in this issue), and such groups as the Los Angeles Rangers, Home Defense League, Home Guard and Flying Squad and the combined number exceeds over 30,000 men and women.