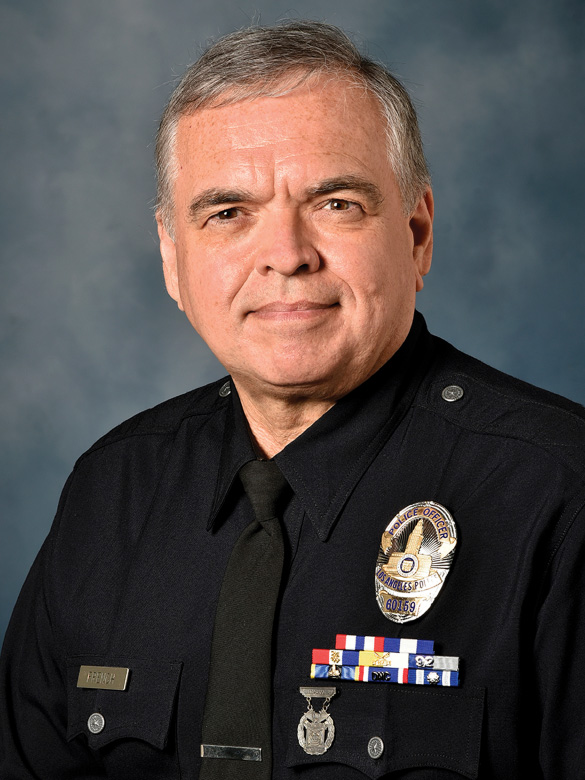 Harbor Area nominates Officer Michael French as the Area Reserve Officer of the Year for 2022. Officer French has been assigned to Harbor Area since 2011. Officer French has also been with the LAPD Reserve Cadre since 1984. Since his appointment, he has worked multiple details, including front desk operations, patrol, special events and community relations.

Officer French has been a key member of the Harbor Area Reserve Cadre and has volunteered for countless special details and community outreach events. He has volunteered for foot beats in Operations West Bureau to support the Jewish High Holidays, and he has supported many key local events at Harbor Area, including Conquer the Bridge and, most recently, he has assisted at our catalytic converter etching events in San Pedro.

He has also worked request for additional patrol requests and has assisted in traffic control, traffic collision investigations, and handling perimeters and radio calls.

Officer French has demonstrated leadership, served as a mentor to other reserve officers and has been unwavering in his commitment to the Los Angeles Police Department. He has always been a role model and a team player.

Officer French has shown an unwavering commitment to our Harbor community, both internally and externally, and it is with great pride that he is nominated as Reserve Officer of the Year for 2022. 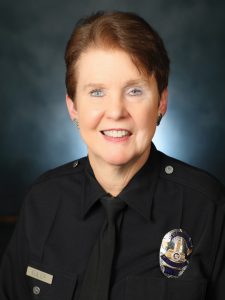 Reserve Officer Euler has worked many different assignments, such as the Vice Unit, Crash Unit, Community Relations Office, Detective Division and front desk. She was involved in the planning and organization of the Care and Share charitable program at the Union Rescue Mission. She took the initiative to start a program/procedure where she categorized different gangs and created a “mug book” that assisted the Gang Enforcement Unit, which was used for 20 years. She assisted the Northeast detectives in clearing case backlogs and administrative tasks. She has given assistance during various community events throughout the years, such as Tip a Cop, Northeast Fingerprinting Program, Open House, National Night Out, Baker to Vegas support team, Northeast Toy Giveaway, community parades and several other special events.

Reserve Officer Euler is currently assigned to the Northeast Area Gang Enforcement Detail, where she enters Northeast field interview cards into the automated field data reporting field tracking system. She is dependable, knowledgeable, tenacious, takes initiative and does not hesitate to volunteer for community events. She is a diligent reserve officer who works well above the required minimum shift during her tenure at the Northeast Community Police Station. 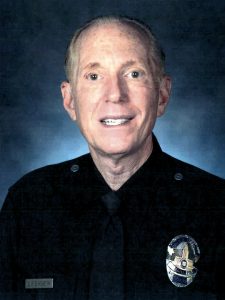 Reserve Officer Howard Leshner started his reserve officer career in 2016 when he was accepted into the Los Angeles Police Reserve Academy Class 3-16R. Leshner graduated from the Academy as a Level II reserve officer on March 26, 2016. His first assignment was Northeast Division. Three months later, he transferred to Devonshire Division, where he remains.

In 2019, Reserve Officer Leshner, at 64 years old, decided that he wanted to become a Level I reserve officer. It had been more than a year since Leshner completed the Level II Academy, and he would need to take an exam making him eligible for the Level I Academy. He passed the exam and attended his first 1-20R Level I class in January 2020. Although there were many challenges in 2020, he personally stated it was the positive attitudes and help of the other 18 reserves that helped him become a Level I reserve officer.

He said that joining the LAPD reserves was one of the best things he has ever done in his life. He has made so many lifelong friends. His only regret is that he wishes he would have known about the program when he was in his 30s, not when he was 59 years old. Reserve Officer Leshner is still assigned to Devonshire, where he completed his Level I patrol reserve book. He is very dependable and has always been there when the need arises to assist Devonshire Area.

In 2019, he received the U.S. House of Representative Certificate of Congressional Recognition from Representative Tony Cardenas for the 29th District. He takes pride in his duties and has proven to be an extremely reliable reserve officer. He always arrives with a positive attitude and works well with his peers and supervisors. His easygoing personality makes him a sought-after partner. His endless storytelling makes for an interesting day in the field. He always displays a genuine caring attitude that is apparent to community members and to those he works with on a daily basis. Officer Leshner performs his duties in an exemplary manner and conveys a positive image of Devonshire Area, as well as the Department. He is well deserving of the recognition of the 2021 Reserve Officer of the Year. 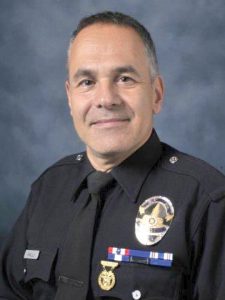 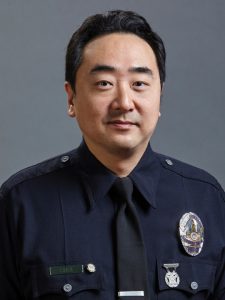 The Olympic Area proudly nominates Reserve Officer Choi. Born and raised in Los Angeles, he attended Harvard-Westlake High School and graduated from Boston College with a Bachelor of Arts degree in economics. Reserve Officer Choi currently lives in the Los Angeles area and is employed by East West Bank, headquartered in Pasadena.

At East West Bank, Reserve Officer Choi serves as senior vice president of Consumer Banking and Administration. He manages and oversees the Small Business Administration (SBA) department, the consumer credit card and business credit card department and the wealth management callback program. Prior to this, he managed the mortgage department with over 150 employees and was responsible for the origination of residential single-family residence and home equity line of credit mortgages, which includes processing, underwriting and funding of approximately $2 billion or more in consumer loans each year. Reserve Officer Choi joined the LAPD in October 2018 and was assigned to Olympic Area, where he went on to continue completing both the Level II and Level I Academy.

Reserve Officer Choi has worked not only patrol, but many events with the Community Relations Office, including 150th Anniversary/Open House, Heart of L.A., Korean Festival, Special Olympic fundraisers, Coffee With a Cop and many other community events. He has also worked with senior lead officers and assisted Olympic detectives with several crime task forces and the Vice Unit.

We thank Reserve Officer Choi for his service, dedication and commitment to the citizens of Los Angeles and to the Los Angeles Police Department.