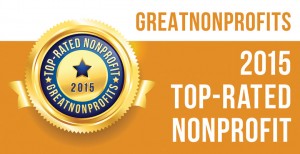 For the second year in a row, the LAPRF has been honored with a Top-Rated Award from GreatNonprofits, which announced: “Congratulations! The Los Angeles Police Reserve Foundation has earned a spot on the 2015 Top-Rated List! Your community has shared their inspiring stories about your work. We congratulate you on all of your accomplishments. You’ll be featured on our site, our 2015 Top-Rated List, and distributed to media and corporate foundations.” 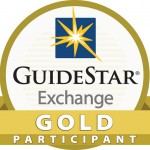 The Top-Rated Nonprofit Award was based on the large number of positive reviews that the Foundation received — reviews written by volunteers, donors and clients.
Last year, the LAPRF also earned the Gold Participation Level at the GuideStar Exchange, a directory of nonprofit organizations. As GuideStar stated, “This is a testament to your organization’s commitment to data transparency.”