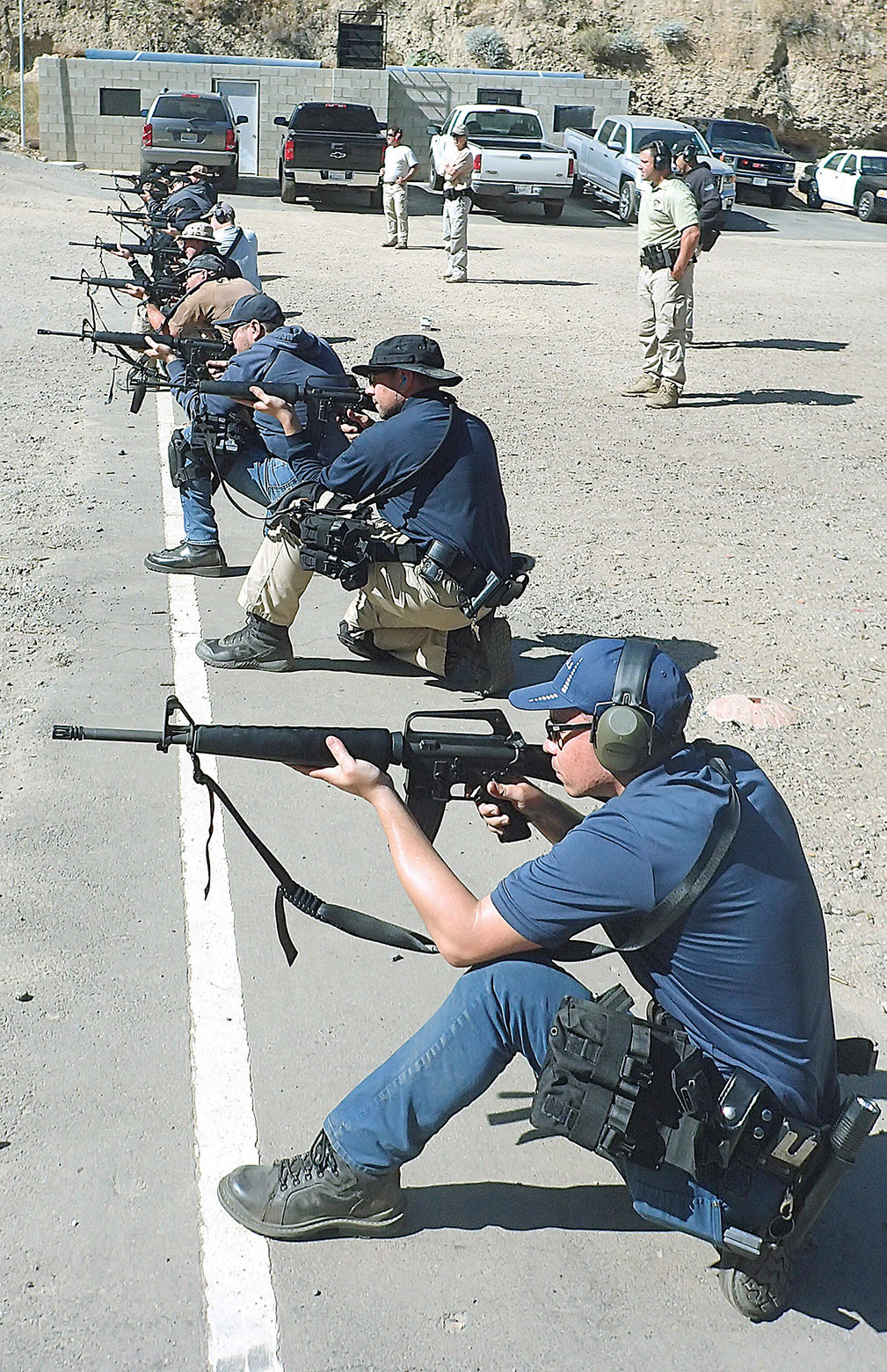 The school was attended by 12 Level I reserve police officers from various Patrol divisions and West Traffic Division. The officers selected to attend were required to learn the Department Patrol rifle manipulations and pass a manipulations pre-test, the same requirement as full-time officers. Once in the school, the officers had to pass another manipulations test, the day qualification course, the night qualification course and a written test. The officers learned to handle and fire the patrol rifle from inside of three yards out to 100 yards. They also operated the rifle during various tactical drills that simulated field situations. Seven officers mastered the required skills and graduated from the school. They are now certified to carry the Patrol rifle and deploy it in the field. This is an asset to the areas that these officers serve, as well as to the Department as a whole.

Editor’s note: If any Level I reserve officer is interested in this school, email Officer MacArthur at R6150@lapd.online. A list will be kept, as the next class is being scheduled for an estimated date of next spring or summer.