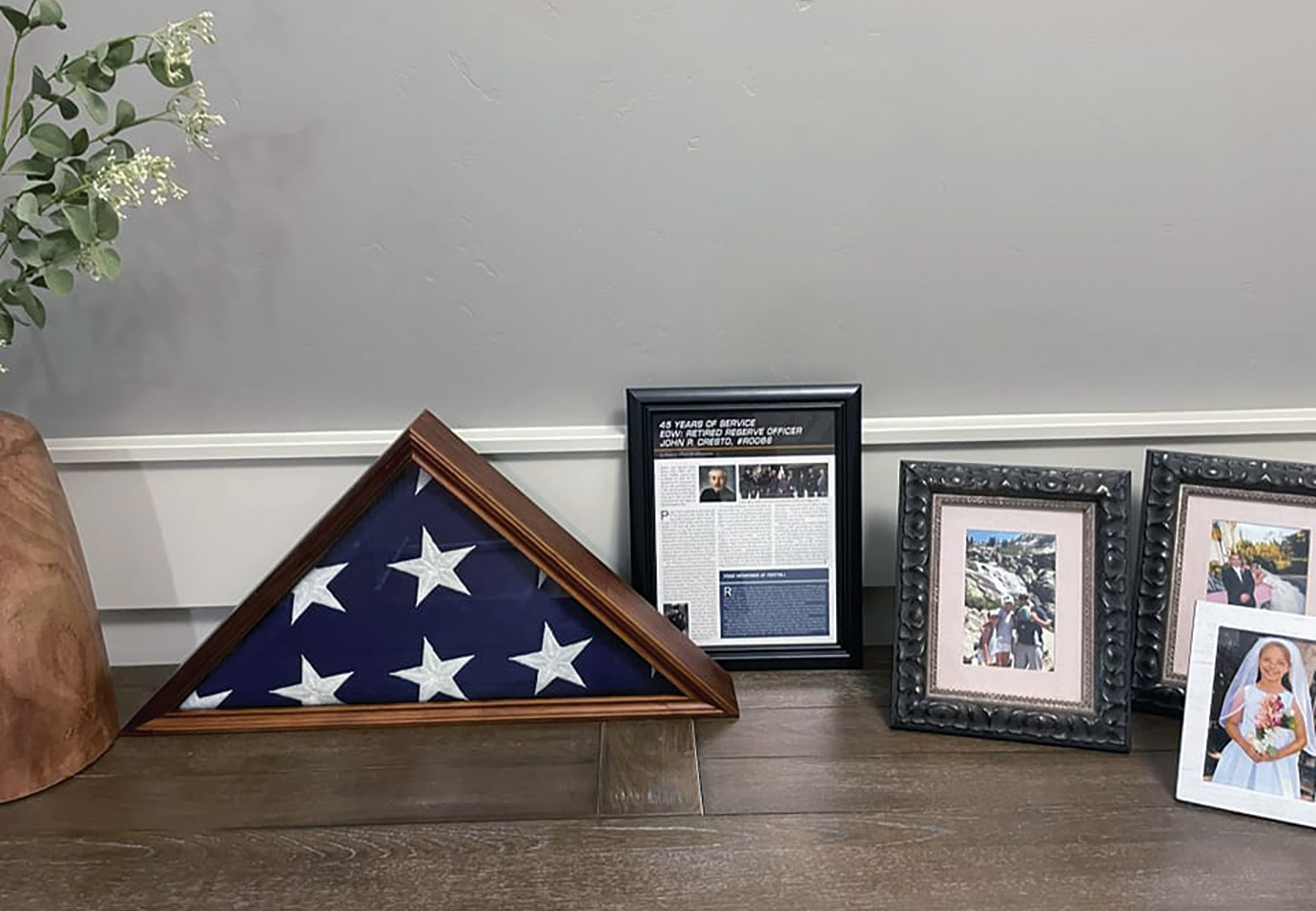 Jeff Cresto, the son of retired Reserve Officer John Cresto, who passed away on January 27, 2022, sent this photo of the flag presented by the LAPD Honor Guard and the framed article about Officer Cresto that was written by Reserve Officer Bill Ahmanson for the Summer 2022 issue of The Rotator. Officer Cresto was appointed to the Department on July 22, 1970, and retired on April 2, 2015, with 45 years of service. He was awarded Reserve Police Officer of the Year in 1987 and 2000. He is survived by his wife, Peggy; son, Jeff; and daughter, Juliet.