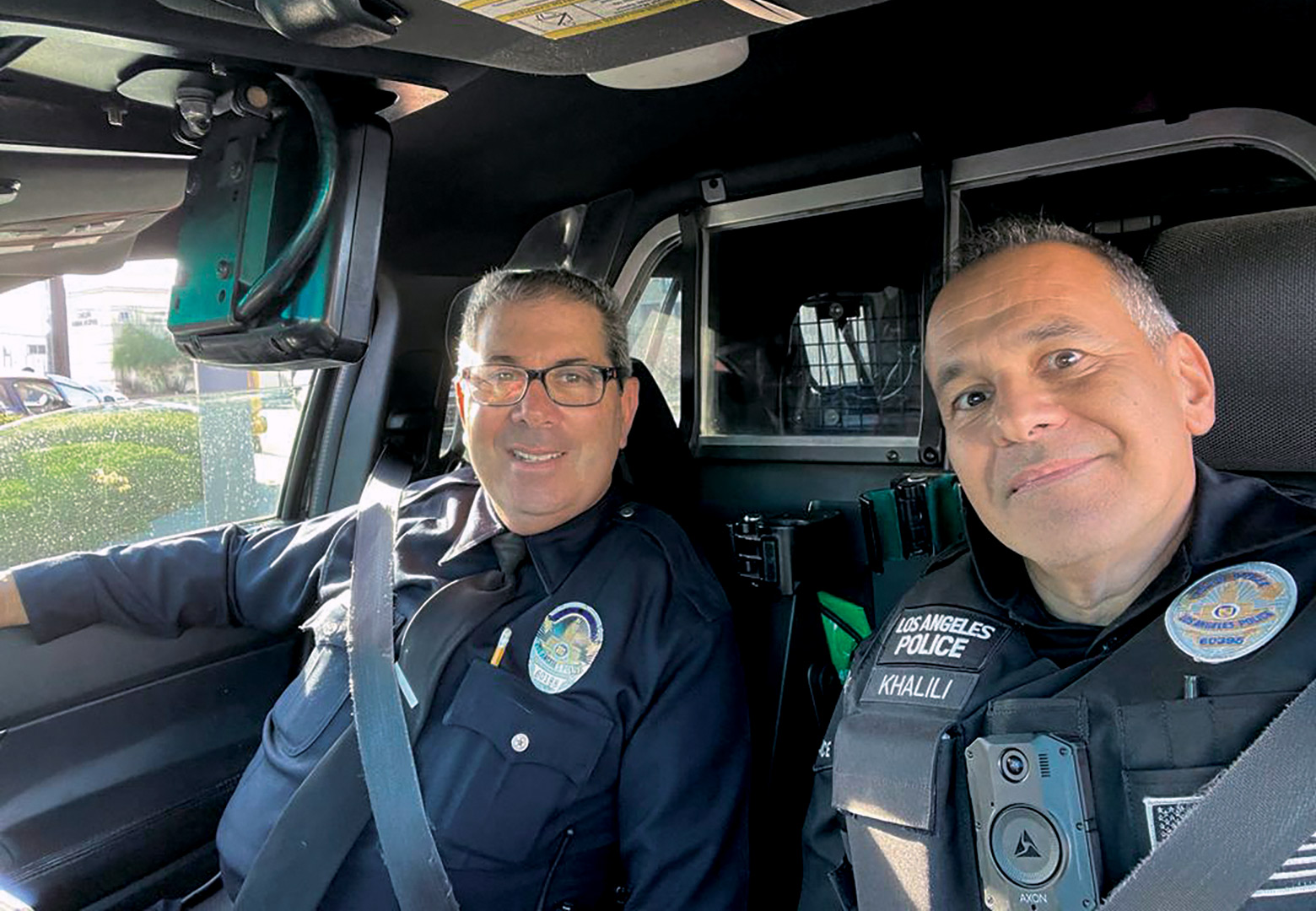 On his last uniformed shift on October 17, Officer Rose worked on a task force with his partner, Reserve Officer Bernard Khalili. 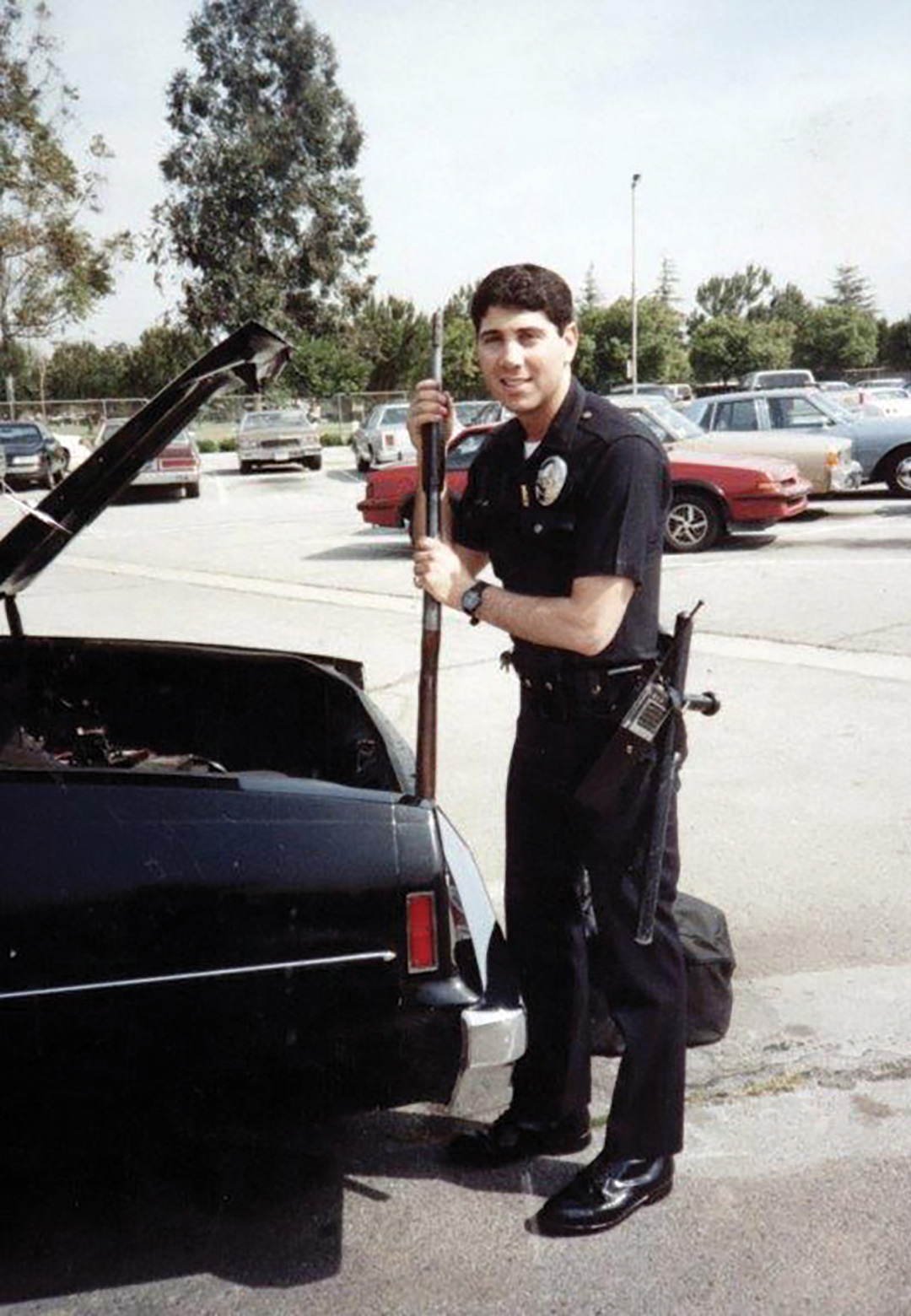 I worked my last shift yesterday as I am officially closing out my 35-year LAPD tenure as a Level I LAPD Reserve Officer. After working over 15,500 hours, the decision to retire was not easy to make as the LAPD is, and will always be, an intrinsic part of my life.

In many ways, I still feel like that little boy who grew up in Canoga Park who dreamt of becoming an LAPD officer after watching Adam-12. I went on my first LAPD ride-along at 17 with Dennis Zine. After being talked out of becoming a full-time officer by my first boss, retired LAPD Chief of Police/State Senator Ed Davis (he thought I would go into politics), I took his advice and chose to become a reserve officer, and I have never regretted it.

I am grateful for all the unique opportunities during my time with the LAPD. The Department has allowed me to do truly remarkable things. I entered as a cadet and was fortunate to be guided through the Academy under incredible leadership from Bob Kellar, Jim Katapodis and Dan Watson. I will never forget the many divisions and assignments I was fortunate enough to work. Over 35 years, I have worked Patrol, CRASH and Vice. I even was lucky to go on loan and be cross-designated with the United States Marshals Service Fugitive Task Force. Only a handful of police departments in the world would have allowed me to do this!

Since my LAPD journey began over three decades ago, I feel fortunate that I have had the opportunity to work with the best and the brightest, who taught me a great deal. I’ve watched LAPD officers lead with grace, empathy and humility. It has been indeed a joy to work with such amazing people. I will never forget my LAPD family and the beautiful friendships I have made, including people like Tom Patterson and Jerry Vergara Jr., who encouraged me on our long Academy runs through the windy and steep hills around Dodger Stadium.

I first hit the streets at age 22 in West Valley Division, and with my baby face, I had more than one person question if I was old enough to be a police officer. I’m grateful to have had Jeri Weinstein and Jack Erickson as field training officers. When they were unavailable, I worked with Ross Gellar, who knew how to make working Patrol enjoyable and exciting.

Thank you to those I may have forgotten and worked with over the last three decades and all the sworn and civilian LAPD personnel, like Alan Skobin and Gloria Grube, whom I had the pleasure of knowing and working alongside. Not a day goes by that I do not appreciate their work for the community and, more importantly, for keeping me safe while I was working.

As I look back, I can say that I have always served with passion during every moment of my journey. I am grateful to have had this “second career,” and I’m glad to remain a part of the great LAPD family even as I retire my uniform. 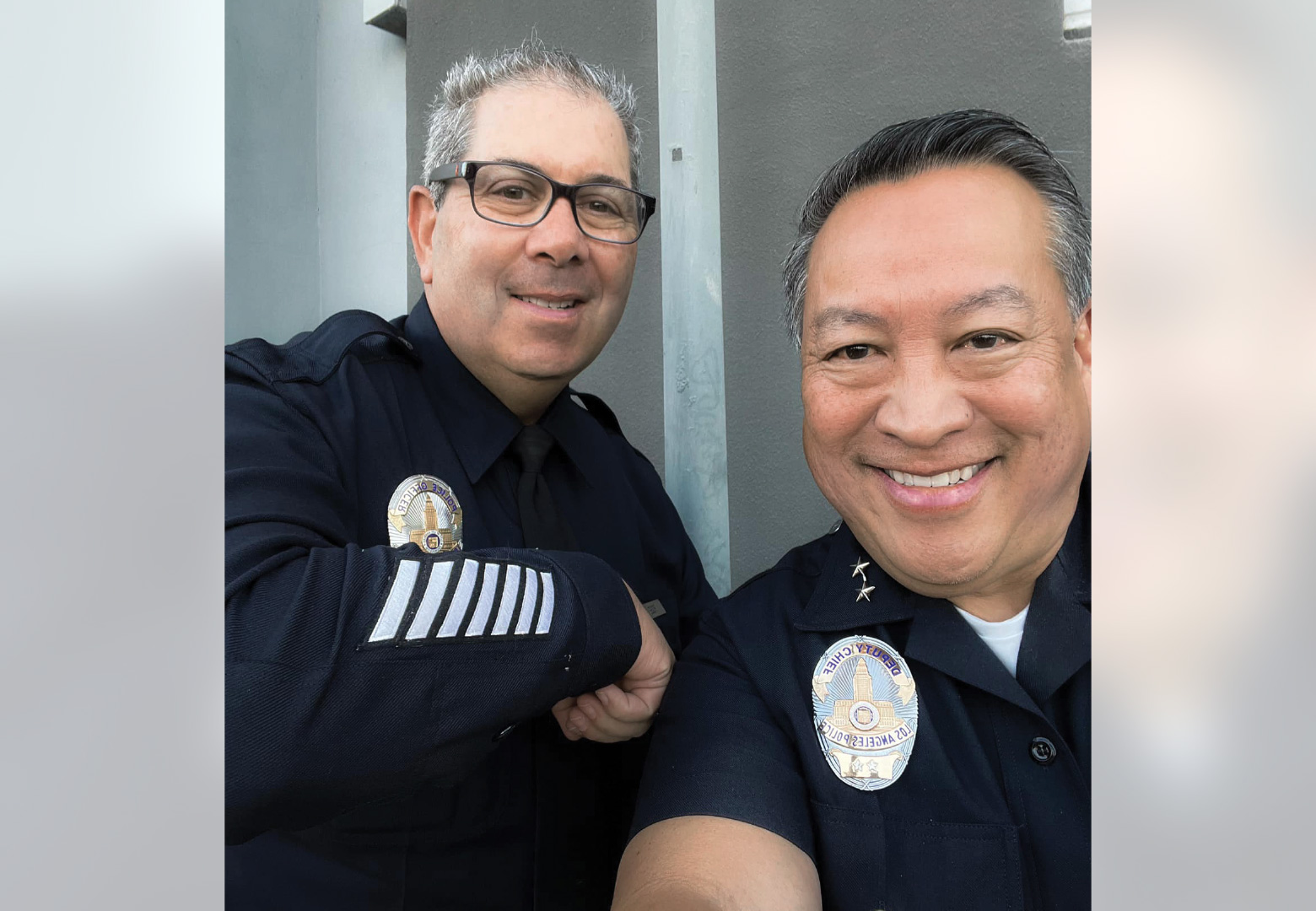