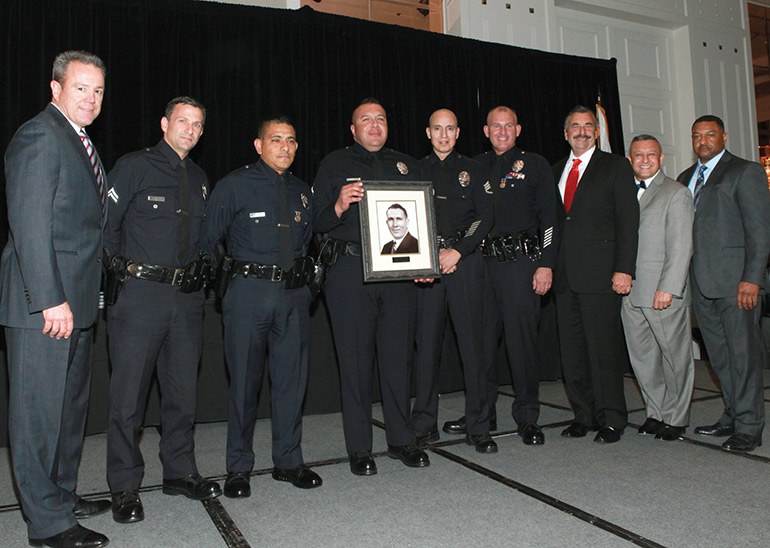 The annual Twice a Citizen banquet was held on April 11 in the renovated ballroom of the Sheraton Universal Hotel, on top of the hill in Universal City.

Reserve Officer Bertram N. Szathmary from Central Traffic Division was named Department Reserve Officer of the Year. In his 32 years of service, he has made more than 1,600 arrests and received over 42 commendations. Prior to CTD, he worked Rampart Area Patrol for 20-plus years. He worked Vice, Gangs and Narcotics Units for over 10 years, in undercover and special operations, and has served as a training officer. Officer Szathmary also received the Central Bureau Award. 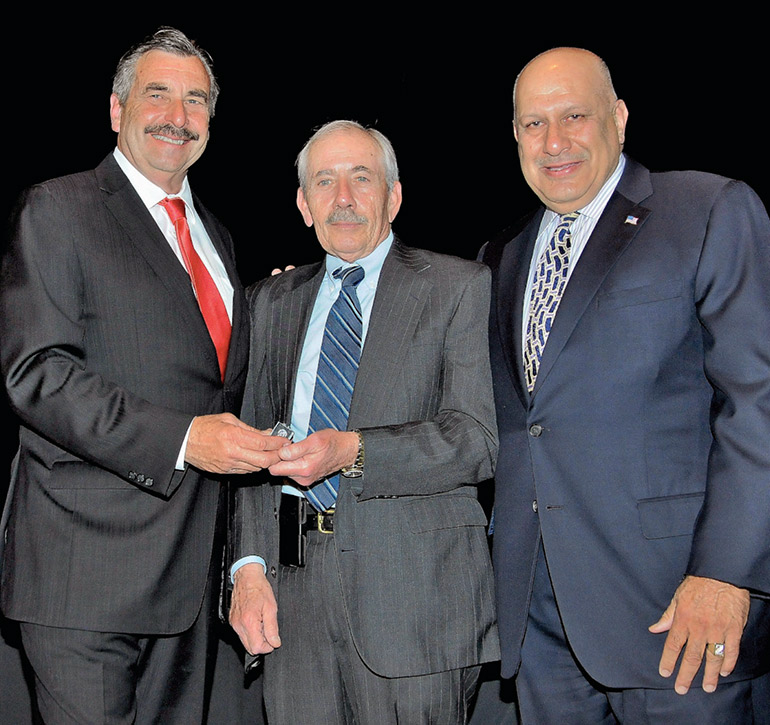 The second annual Andrea Friedman Award was presented to retired Assistant Chief Sandy Jo MacArthur, for going “above and beyond” in support of the Corps. The two other community leaders honored were Council Member Tom LaBonge, for his longstanding service to the City, and Ira Reiner, President and CEO of Homeland Security Advisory Council, who has also served in Los Angeles public office for over 15 years.

Speaking to reserve officers and their families, Chief Charlie Beck said, “It’s an amazing thing you do, including law enforcement and the Los Angeles Police Department in your lives, and I thank you for it.” It was 40 years ago this year, the Chief recalled, that he went through the Academy and became a LAPD reserve officer. “I know how hard it is, to have a full life and a full career, and still do this … It’s not easy to be a cop; in fact it might be harder than ever.”

“The people in this room have an incredible reservoir of humanity, hope, and an ability to do something that all of policing needs so much right now — to serve as a connection between law enforcement and the public,” he continued. “The LAPD is made better — not by a little but by a lot — because of our reserve officers.” 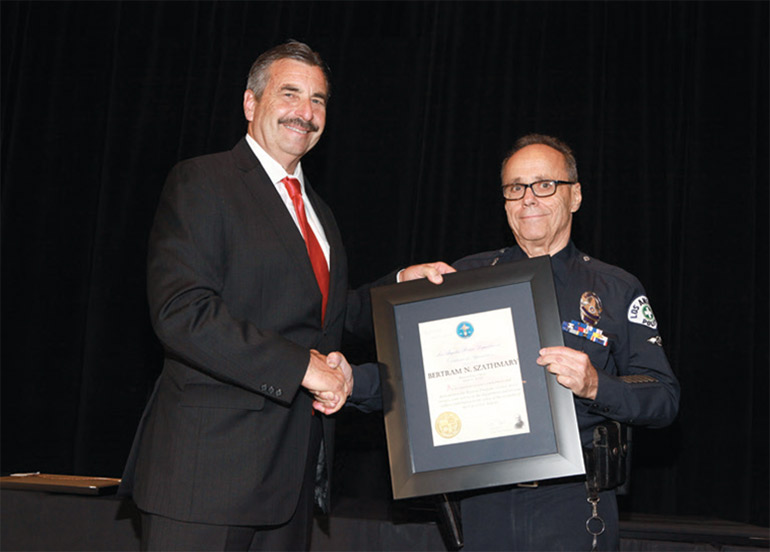 The new Department Reserve Coordinator, Commander Patrick Smith, gave a heartfelt speech paying tribute to Reserve Policeman George Booker Mogle, who is known to be the first LAPD reserve officer killed in the line of duty, in 1946. Commander Smith revealed a portrait of Policeman Mogle to be hung in the offices of the Reserve Unit.

It turned into a star-studded evening, as the cast of the TV series Major Crimes hosted the festivities. And they enthusiastically bid on auction items, helping to raise much-needed funds for the Corps.

LAPRF Co-President Karla Ahmanson had a special announcement: “Two years ago, we honored the cast and crew of the television show Major Crimes for their positive portrayal of a specialized LAPD squad dealing with high-profile or particularly sensitive crimes. They were so taken by your excellence, they are here tonight as our masters of ceremony and it is a pleasure to announce — for the first time anywhere, Major Crimes is going to incorporate our reserve program into their story line.”

Co-President Michael Sellars said that “the indistinguishable professionalism (of the Corps) is our success story, but it is also our challenge — to tell this story.” 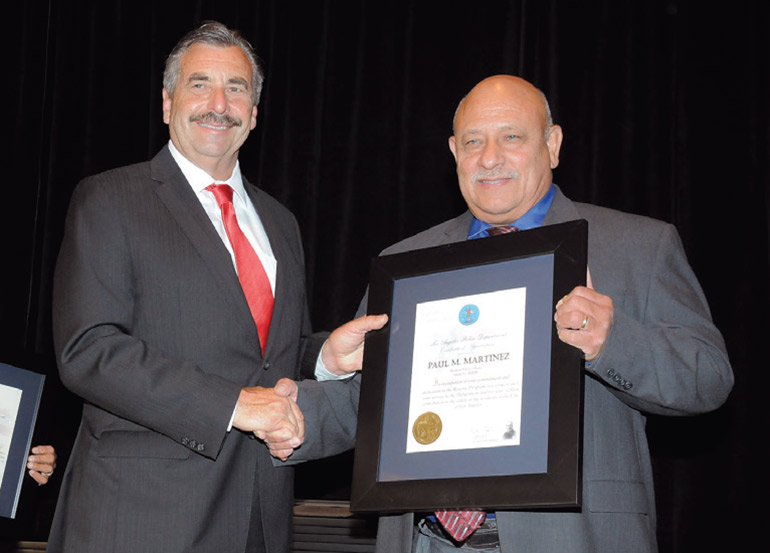 Paul Martinez, Hollenbeck Area’s Reserve Officer of the Year. Members of the Martinez family have served in the Reserve Corps for a combined total of 100 years.

Recognizing a family who has been part of that story, he said: “Paul Martinez (Hollenbeck Area) retired as an LAPD reserve officer this past week after 32 years of service. He started in 1983, but that is not the start of the story. In 1951, his father, Paul V. Martinez, became a reserve officer and served 42 years. Paul’s brother, Vincent, served as a specialist for 26 years. The Martinez family has given exactly 100 years of combined service.”

To see more coverage and photos of the event, visit our Facebook page at www.facebook.com/LosAngelesPoliceReserveFoundation.