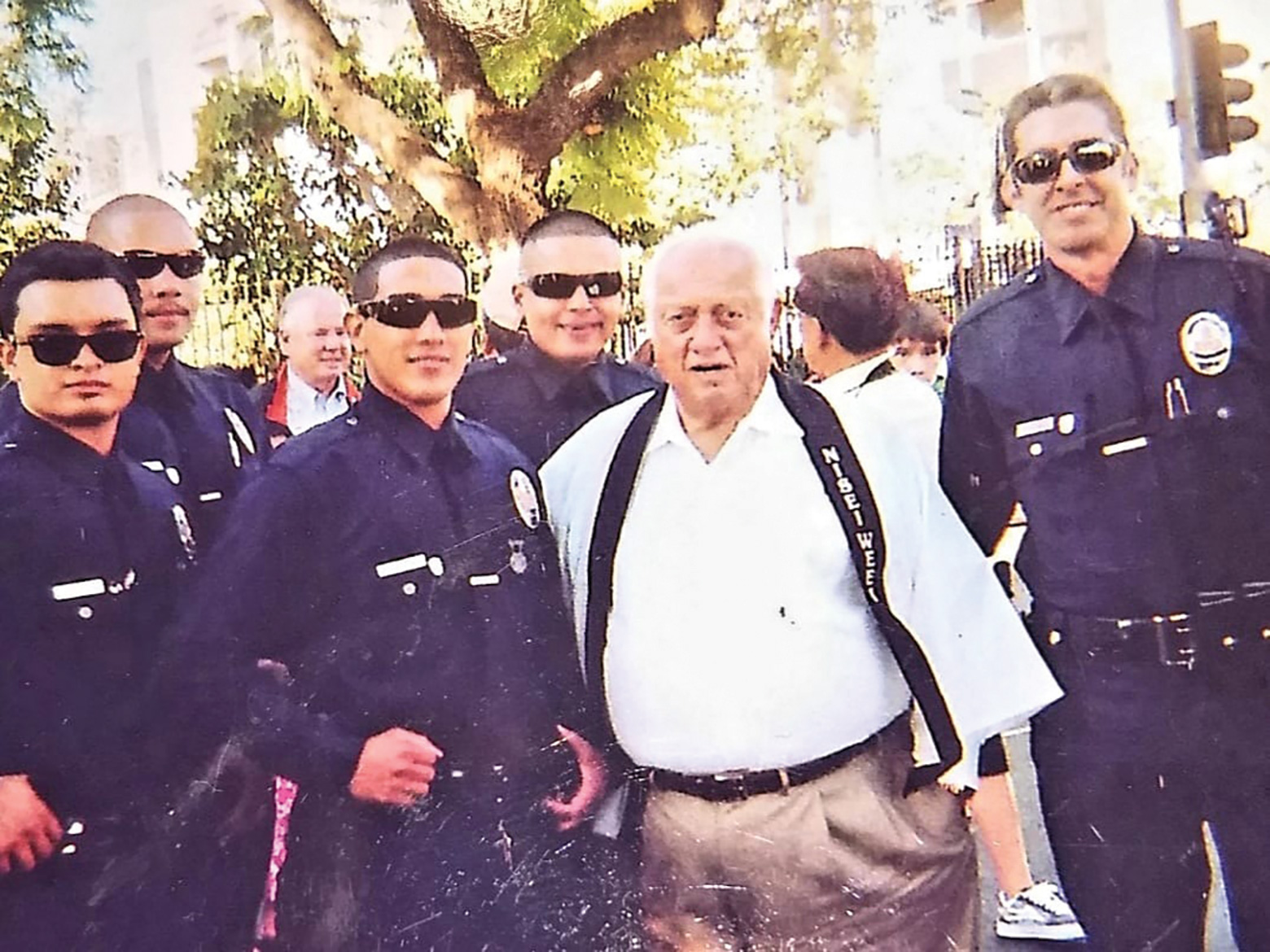 On January 7, 2021, two Los Angeles legends passed away: the Los Angeles Dodgers’ Tommy Lasorda and Tom “Mr. Los Angeles” LaBonge. This photo features both of them. While Central Area reserve officers took their picture with Lasorda during the 2011 Nisei Week Grand Parade in Little Tokyo approximately 10 years ago, LaBonge just happened to be in the background. The former councilmember was a Twice a Citizen honoree at the 2015 Reserve Officer of the Year Gala. Photo by retired Reserve Officer David Vasquez.