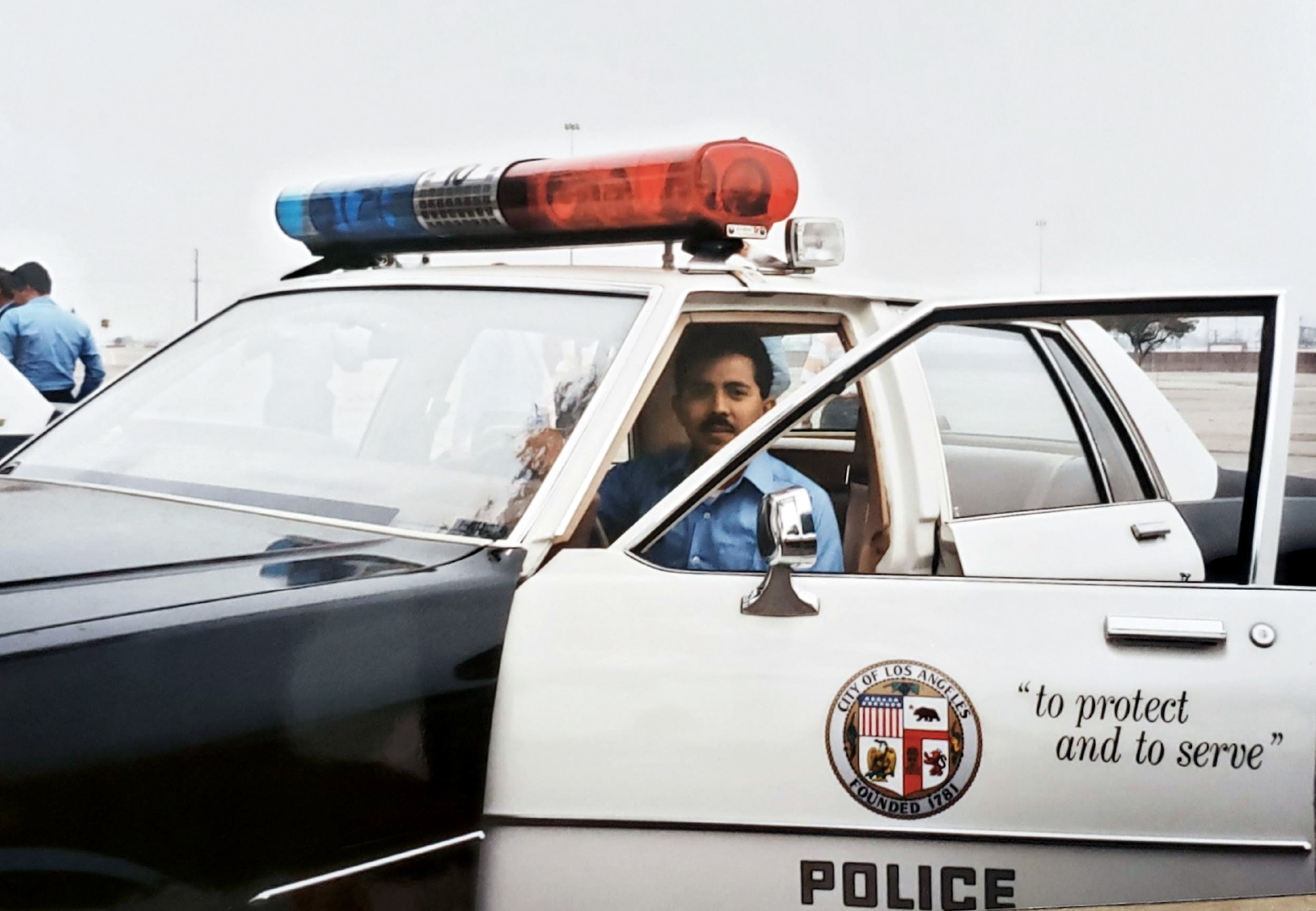 Officer Vergara retired from his full-time administrator role with the DMV in 2013. For the last nine years, Vergara has been working at Hollenbeck Division full-time. Every day, LAPD reserve officers perform selfless acts in their commitment to public service and community safety. Vergara would be the consensus choice for many in the Department if there were an honor for exceptional achievement. Vergara works at least 140 hours each DP and has logged over 17,000 hours alone over the last nine years. Occasionally he’ll take a day off here and there for various family commitments.

Officer Vergara credits his mother, Trinidad A. Vergara, for instilling this dedication to serve in him early on: “My mom drilled into me since I was a little kid to have an appreciation for our country, this unique country, and to show gratitude by serving. She asked me, ‘So what are you going to do?’ I told her, ‘I will join the Marine Corps.’ She said, ‘OK, and what else?’”

Officer Vergara recalls his mom reminding him what JFK said: “Ask not what your country can do for you; ask what you can do for your country.” His mother, who passed away on October 27, 2007, (at the young age of 94), ensured that her son would do just that. Vergara joined the Marine Corps and went through Officer Candidate School. In August 1977, he heard about a job at the DMV and went in to interview. He was hired and started that same day.

He joined the LAPD as a reserve officer in 1987, Class 10-87R. He recalls there were about 30 in the class, including 11 line recruits. His serial number is R1535. Out of the Academy, he had worked Hollenbeck Patrol — Thursdays, Fridays, Saturdays and Sundays — when the captain asked him if he’d like to work Vice. “As I recall,” says Officer Vergara, “there was a hiring or transfer freeze, and they couldn’t get any full-time officers into the unit. I said, ‘Yes, sir, I’d be happy to, but I’d also like to continue working Patrol.’” He was told he could not do both because of Vice’s undercover work. He began working at Hollenbeck Vice.

And that’s where he’s been at Hollenbeck Division, with few exceptions, the biggest being loaned out to South Bureau Homicide in 1994 for about a year. The hours were difficult, especially since he was still at the DMV: “We were on call from Friday at 3 p.m. to Monday at 6 a.m. I would come home after a long night and have only one hour to shower and put on the suit for the DMV job.”

“Many think of Jerry as a full-time LAPD officer, not knowing that he is a reserve officer who happens to work full-time. But he is so much more to the LAPD and Hollenbeck. Jerry is truly an ambassador for the police department and a person many look to for guidance and mentorship,” Hollenbeck Vice Sergeant Victor Cruz said.

For those who work closely with him at Hollenbeck, Vergara is a great person to have as a partner. “He has a great attitude and is always willing to help and lend a hand to anyone asking for assistance. The people working with Jerry seem happier when he is around and interacting with them. Jerry never complains and always has a smile on his face. He truly makes work enjoyable,” Cruz added. 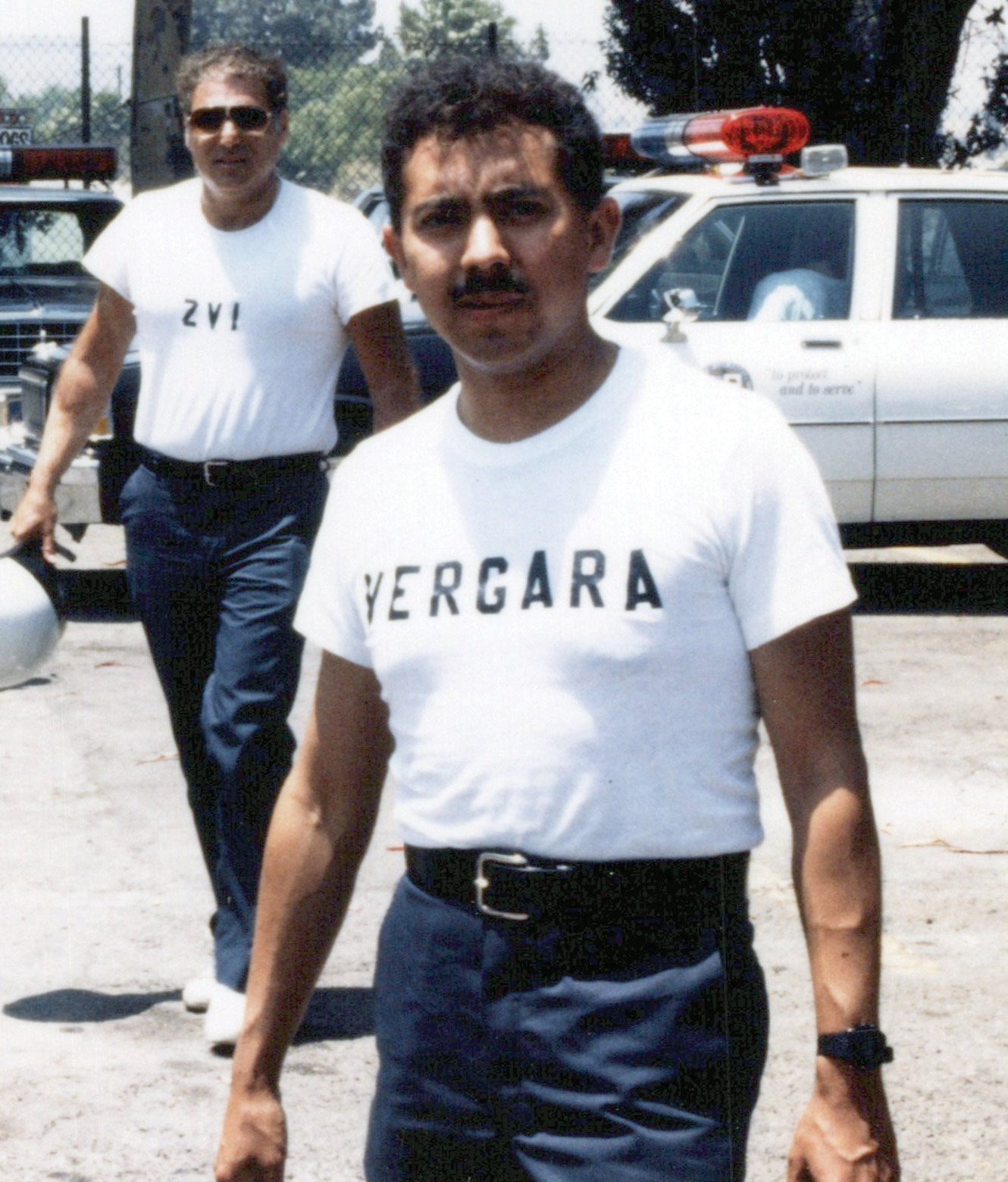 Like many reserve officers, Officer Vergara contemplated going full-time with the LAPD. He consulted then-Lieutenant Jim McDonnell at Hollenbeck. The Lieutenant pondered the question. He noted that the salary and benefits at the DMV were better. “Seemed to him,” Vergara says of his Lieutenant, “that I had the best of both worlds.”

The Rotator asked Vergara if he had any thoughts or insights into what it’s like for a reserve officer to work full-time, to be part of the regular deployment and culture in a way most reserve officers will never experience. He replied, “I get the jokes, like how much overtime pay I am getting. Or they ask me how much the stipend is and calculate how much that is per hour. ‘Don’t you have a life?’ I tell them this is my life, for now.” He says he still runs into personnel who do not know he is a reserve officer and are unaware of what a reserve officer is allowed to do in the Department. “On some details, when I give them my serial number, occasionally they say, ‘Did you say “R”? What is that?’”

Human sex trafficking in the U.S. and around the world is a serious and growing problem, Vergara says. He’s been to Vice school and undercover training. Today, Vice has gone digital, he says. “When I first worked Vice, we saw prostitution on the street. Today it’s all online, and we are fighting human trafficking in many cases. Sex trafficking is a form of modern slavery. Criminals of sex trafficking, such as pimps, johns and madams, use violence, threats, lies, money, drugs and other forms of coercion to compel or force children and adults to engage in unwanted sexual acts against their will. Others are lured in with false promises of modeling or a dancing job. There is a wide range of venues where sex trafficking occurs, including fake massage businesses, via online ads or escort services, in residential brothels, or at hotels and motels,” Vergara said.

We asked him the first obvious question: Considering his career at the DMV (he retired as a district administrator), why he didn’t gravitate toward Traffic Division? “You know, Traffic never really interested me; I prefer the street, on the ground, making a difference in keeping the community I live in safe,” he said.

As the sole remaining member of class 10-87R, The Rotator asked Vergara how long he would continue to be a reserve. “Until I feel I am no longer an asset, I am more of a liability. When I do my last shift, I want to simply walk out of the station forever.” Like the soldier putting down his sword and returning to farming, we asked? “Yes,” Officer Vergara replied. “That’s exactly it.”

A devoted father to a grown son, we asked the other obvious question: No, he is not married. “That is the key, of course, to being able to do this,” he laughed.

As Joe Friday might have said: It was October 20, 2022. It was sunny and hot in Los Angeles. Officer Vergara was about to begin his shift out of Hollenbeck. His cellphone rang. It was Chief of Police Michel Moore. Not recognizing the number, Vergara let the phone go to voicemail. The Chief’s message: “I learned that it was your 35th anniversary with the LAPD. I wanted to call and extend to you my appreciation. Your time and dedication to Hollenbeck Division has not gone unnoticed. I just wanted to call and say thank you!”

Sergeant Cruz said it best, “Jerry is an extraordinary person who has shown a great deal of support and dedication to the LAPD for over three decades. He has a great attitude and demeanor. To say that Jerry has gone above and beyond what is expected of a reserve officer would be the understatement of the century. He’s genuinely selfless.” 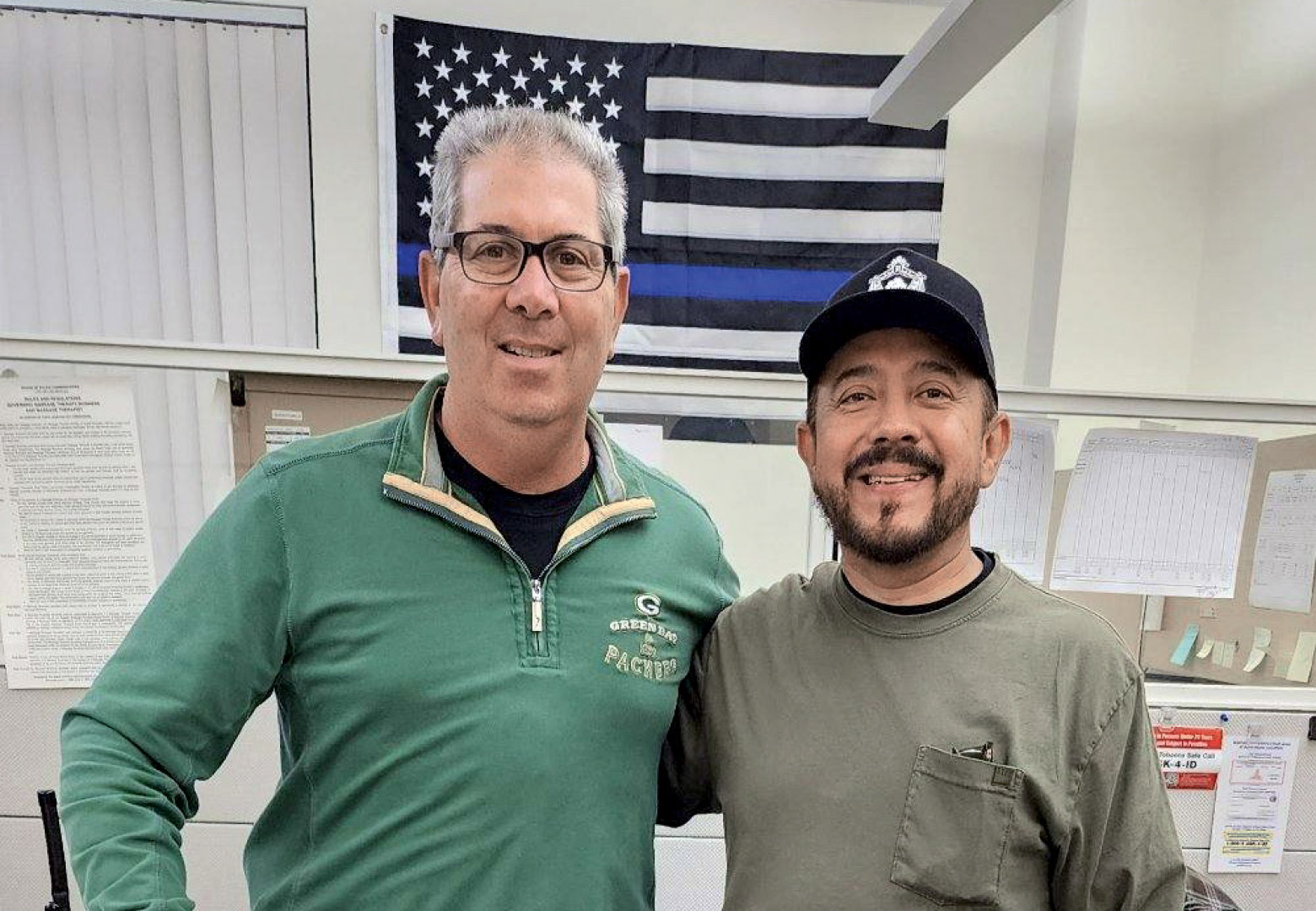