“Officer Frank Pettinato underwent surgery but still carries most of the 44 pellets. He returned to duty after six months and has 50 years of combined service as a (full-time) officer and as a reserve officer.”

Reserve Officer Pettinato received the Purple Heart at this year’s Above and Beyond Awards on September 23 for an incident in 1968 when, as a full-time officer, he attempted to capture a suspect who had shot a fellow officer. In the Summer 2019 issue of The Rotator, Reserve Officer Charlie Nicgorski documented the story in the article titled “Heroes Who Walk Among Us.” Retired full-time Officer Richard Harsma also received the Purple Heart for the incident. 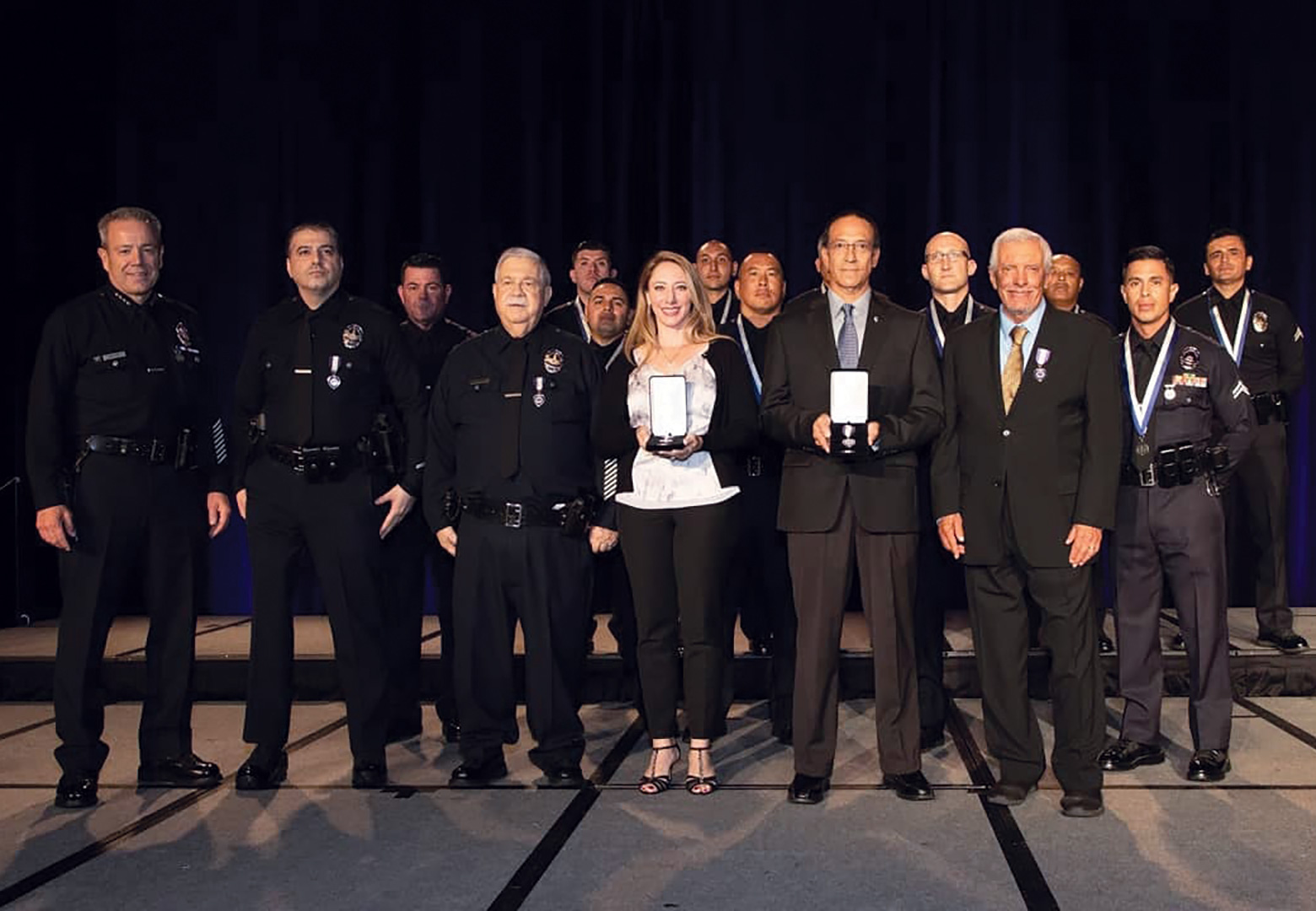 Officer Pettinato, front row, third from left. On his left is the daughter of Officer Harsma, who accepted the award on her father’s behalf, who was unable to attend.