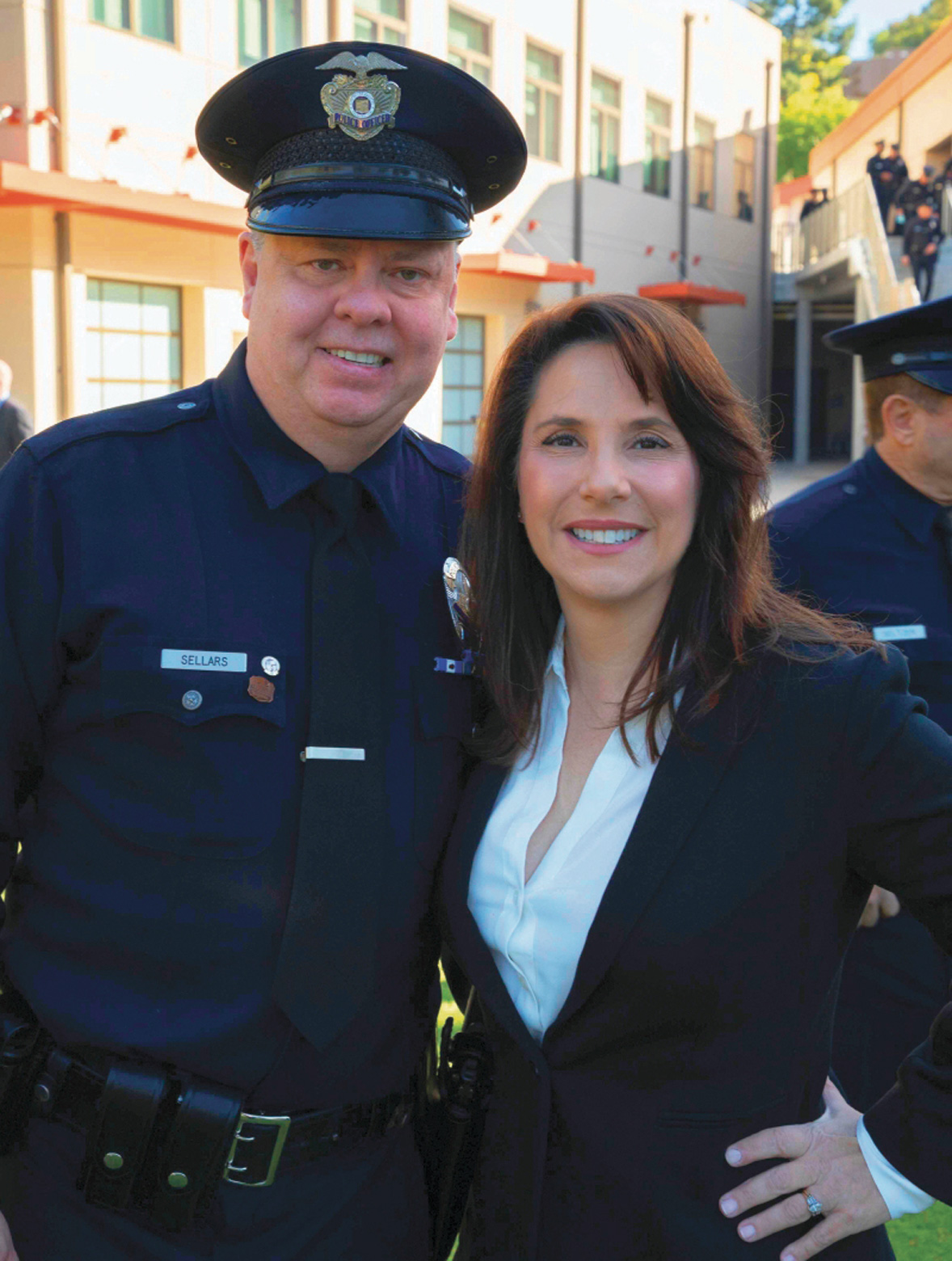 For the first time since the early 1980s, the Annual Reserve Peace Officers Conference (ARPOC) was held in the Los Angeles area, at the Burbank Airport Marriott. For many years, our Foundation has reimbursed class fees for LAPD reserve officers who have attended the conference — a great way to knock out a block of CPT in-service training. This year saw an increase in LAPD reserve officer attendance, and the LAPRF, thanks to our loyal donors, was able to cover that expense.

LAPD Reserve Officer Steve Fazio has been named the president of the California Reserve Peace Officers Association (CRPOA). He did an outstanding job coordinating the conference with the Department. Congratulations, Steve!

Retired Reserve Officer Jim Lombardi, a longtime leader in California reserve law enforcement, was presented a lifetime achievement award by CRPOA and named president emeritus by the association in honor of his years of service as president. Thank you, retired Reserve Officer Ernie Poulin, for nominating LAPRF Co-President Michael Sellars for the Meritorious Service Award, which he won (very deservedly, Karla Ahmanson adds).

Speaking of retirements, two powerhouses in the Corps retired in October, Reserve Officers Eric Rose and Dave Bush, with 35 and 28 years of service, respectively. It’s truly hard to summarize their extraordinary commitment over the years; they will leave an everlasting mark on the reserve program and the Department as a whole. It’s been an honor to work with each of them.

At the gala this year, we announced a vocational scholarship donated by Todd and Cheryl Moore and Jeff and Heather Nocket. The scholarship is offered to the children and grandchildren of LAPD reserve officers. Jeff and Todd are both recently retired from the Corps, and we are grateful their families reached out to us to establish this very worthy initiative.

We thank Chief of Police Michel Moore and the command staff, including Commander Billy Brockway, the Department reserve coordinator, for their continued leadership and support. In particular, thank you to Deputy Chief Blake Chow, who also serves as a director on our Board, for keeping our twice-a-citizens in the news with reserve task forces and foot beats.

Of course, most of what you steadfastly do for the city does not make the news. Year after year, you and your families give so much. In the Winter 2016 issue of The Rotator, the cover story was about Reserve Officer Jerry Vergara, who had just retired from his regular job and started working 40 hours per week as a reserve officer. He is still doing that — six years later! Above and beyond doesn’t begin to describe our LAPD reserve police officers.

Don’t forget to mark your calendars for the next Twice a Citizen gala on May 6, 2023. Thank you to you and your families and stay safe.